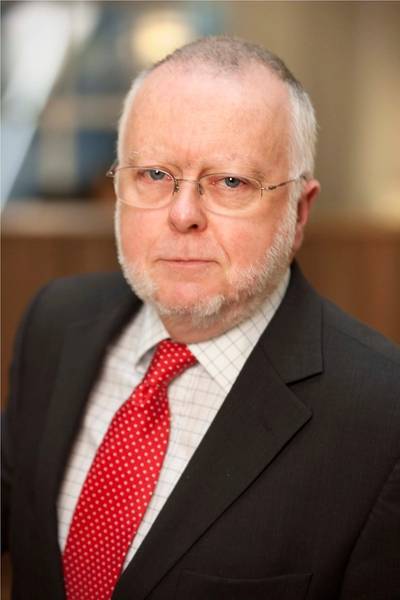 The International Chamber of Shipping (ICS) has made a number of submissions to a critical meeting of the IMO Marine Environment Committee (MEPC) which begins in London next week (18-22 April).  These address further measures to reduce the sector’s CO2 emissions, outstanding problems with the implementation of the IMO Ballast Water Management Convention, and the need for an immediate IMO decision on whether or not ships will have to use 0.5% sulphur fuel in 2020.

ICS says its immediate priority is to help ensure that the new global CO2 data collection system is adopted by IMO as soon as possible.  This will then facilitate the possible development of additional CO2 reduction measures.

ICS Secretary General, Peter Hinchliffe explained “The data global system now before the MEPC is a workable compromise between governments primarily interested in data on fuel consumption and CO2 emissions and those that wish to collect additional information, for example on so called transport work.”

ICS fears that any failure by the MEPC meeting to make progress could result with unilateral action against international shipping.  The European Union has already adopted a regional regulation on the monitoring reporting and verification (MRV) of individual ship emissions.  This currently uses different metrics to those about to be adopted by IMO.  The apparent intention of the European Commission is to develop this into a regional system of mandatory operational efficiency indexing of individual ships, which ICS says will lead to serious market distortion.

“Any possibility of persuading the EU to adjust its regulation to make it compatible with that agreed internationally could be weakened if there is any further delay at IMO.  It is disappointing that EU Member States, acting as a block, now wish to reopen discussion on some of the data metrics on which there was seemingly consensus at a recent IMO meeting in which many EU nations participated.”

ICS has set out its support for immediate adoption of the CO2 data collection system in a submission made jointly with BIMCO and Intercargo.

In a separate submission to the meeting, ICS has responded to the Paris Agreement on climate change with a radical proposal that IMO should develop an Intended IMO Determined Contribution for CO2 reduction on behalf of the sector.  This would mirror the commitments or Intended National Determined Contributions (INDCs) which governments have made for their national economies, but from which international transport is currently excluded.

However, ICS emphasises that the Paris Agreement recognises that different parts of the global economy, including shipping, will need to decarbonise at different speeds, and that international shipping should not be expected to make the same level of CO2 commitments as developed economies.  ICS says its member national shipowners’ associations are now developing ideas on what such an IMO commitment might entail, for discussion at a future session of the MEPC.

Although the IMO Ballast Water Management (BWM) Convention has still not entered into force, it will almost certainly do so before the end of 2017.  ICS is hoping that the MEPC meeting will make progress towards addressing a number of outstanding implementation issues.  This includes finalising the revision of the IMO type-approval Guidelines for the expensive new treatment systems that shipowners will be required to install, in order to make them more robust so that shipowners will have confidence that the equipment will actually work to the satisfaction of Port State Control authorities.

In a submission (made jointly with Intertanko), ICS has explained how the BWM Convention’s entry into force will present ship operators with a major challenge because of the expected lack of shipyard capacity needed to retrofit the new treatment equipment.  ICS says that many shipowners have understandably delayed fitting equipment due to a lack of certainty as to whether it will be regarded as fully compliant.  This uncertainty has been increased by the United States which has placed a reservation against an earlier IMO decision not to penalise early movers which, in good faith, have installed equipment that has been approved in accordance with existing IMO Guidelines.

ICS will also be explaining to governments the problems created by the different approval regime that has been adopted by the United States and the need, so far as possible, to make the IMO Guidelines compatible with the U.S. approach, especially with respect to defining what is a ‘non-viable’ marine organism and the test methods used for approving ultra-violet systems.

The MARPOL Convention requires that ships (outside Emission Control Areas) must use fuel containing no more than 0.5% sulphur in 2020, but leaves open the possibility of postponement until 2025 depending on the outcome of a study into the availability of compliant fuel currently being conducted by IMO.

In a further submission (made with Intertanko) ICS has requested IMO Member States to make a clear decision about whether or not the global sulphur cap will be implemented in 2020, at its next session in October 2016.

“The decision will be significant because the cost of compliant fuel could be over 50% more than the cost of residual fuel that most ships currently burn” said Peter Hinchliffe. “Whatever date is decided by IMO, ship operators and oil refiners will need as much time as possible to prepare for the impact.  The refining industry will need to take important decisions to ensure that sufficient quantities of compliant fuel are available.  Shipowners will need time to take important decisions about whether to invest in alternative compliance mechanisms such as scrubbers or LNG.”

The submissions to the 69th session of the IMO MEPC referred to above can be seen at www.ics-shipping.org/submissions