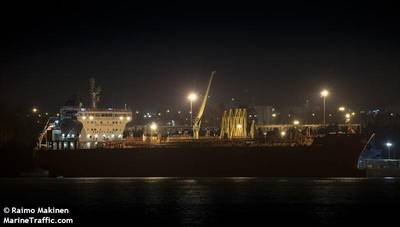 Ship owners are postponing or canceling the installation of “scrubbers” that extract harmful sulphur emissions from their vessels as the coronavirus pandemic tightens finances.

Regulations from United Nations agency the International Maritime Organization (IMO), which took effect in January, were viewed by the oil and shipping industries as one of the first worldwide efforts to enforce environmental change.

The rules aimed to make ships use fuel with a sulphur content of 0.5%, compared with 3.5% previously. Operators had the alternative option to install devices - scrubbers - to strip out the pollutant, which causes lung problems among humans and contributes to acidification of oceans and acid rain, but has not been directly linked to climate change like carbon.In the run-up to IMO 2020, do

zens of traders and ship owners, bet on installing scrubbers hoping to make a profit from buying cheaper high-sulphur fuel as the newly developed 0.5% alternative would be in tight supply.

But with an average cost of $2 million to install just one, the stakes were already high for fleet operators often facing investments of more than $100 million. Now the industry financial squeeze, caused by a decline in demand for freight services due to the COVID-19 crisis, may mean scrubbers become less of an option for ship owners to comply with regulations.

Leading Norwegian firm Wallenius Wilhemsen, which transports cars and other vehicles, told Reuters it had cancelled scrubbers for nine ships in the past few months and postponed an additional eight until later this year or 2021.

“As a result primarily of the COVID-19 pandemic, customers have significantly reduced their output of vehicles,” a spokeswoman said. “With that comes a reduction in revenues and we are taking all necessary steps to reduce cash outflows.”

The global oil price crash has also prompted a slide in the differential between lower (LSFO) and higher-sulphur fuel (HSFO) to as low as $40 a tonne, from over $300 at the start of the year, eating into profitability for companies who paid for scrubbers and lengthening the time for a return on their investment.

“The scrubber play is not so much a technical or scientific issue, it is much more of a commercial issue,” said Knut Orbeck-Nilssen, chief executive of risk management group DNV GL’s maritime division.

Other companies, including Scorpio Tankers, Frontline and International Seaways, said they had postponed instalments. Frontline said the postponement of scrubbers for four of its tankers would provide an estimated “positive cash impact” of $7.6 million in 2020.

“With the narrow price differential, it doubles the length of time for scrubber payback. Seaways installed scrubbers on our highest-consuming ships and the payback period is likely within 2-3 years,” she told Reuters.

Clarksons Research said it recorded a significant slowing in the number of ships already in service installing scrubbers, estimating there were under 100 vessels undergoing retrofits versus over 300 at the start of the year.

Clarksons said the number of ships pending retrofits was 750 – some of which may be postponed or cancelled – versus a peak of over 2,000 pending in the middle of 2019. They estimated there were now 3,015 ships fitted with scrubbers, from 506 at the start of 2019.

The global ocean-going fleet is widely estimated at over 90,000 ships.

Even though COVID-19 restrictions at Chinese shipyards have gradually eased, shipping sources say industry appetite to install scrubbers is at its lowest since a rush in 2018.

Finland’s Wartsila, which manufacturers scrubbers, said while it had not had any cancellations, there were postponements, mainly due to delays and congestion at the yards or other scheduling issues.

‘We are very happy’
Asked about the impact of slowing demand for scrubbers, the IMO said it would have no effect on adherence to its rules as ships would instead have to use fuels that meet its criteria.

When asked about how the regulations have gone so far, a spokeswoman added: “It seems to have gone very smoothly. Availability of compliant fuel also seems positive”.

Tanker group Euronav was among shipping companies opting to use low-sulphur fuel.

“We are very happy not to have spent $350 million retrofitting our fleet with scrubbers,” CEO Hugo De Stoop told Reuters.

Companies that have bought scrubbers say, however, that a rebound in oil prices – and a narrower difference in costs between high and low sulphur fuel - will once again make the devices more cost-effective.

G. Shivakumar, chief financial officer with the Great Eastern Shipping Company, said it would go ahead with a number of scrubber installations despite the change in the fuel differential, which he described as “disappointing”.