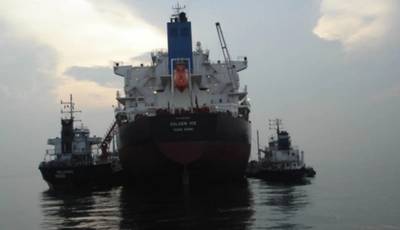 On October 16, 2017 GOGL announced that it has entered into agreements to acquire two modern Capesize vessels from affiliates of Hemen Holding Limited, a company indirectly controlled by trusts established by John Fredriksen for the benefit of his immediate family (Hemen), the Company's largest shareholder, at a purchase price of USD 43.0 million per vessel.
The first vessel, Golden Behike, was delivered in November 2017.  Bermuda registered GOGL has issued 2,000,000 shares to Hemen as part of the purchase price for the second vessel.
Following this transaction, the Company's issued share capital is USD 7,209,884.85 divided into 144,197,697 issued shares, each with a nominal value of USD 0.05.
GOGL owns and controls a fleet of 78 vessels including newbuildings and vessels chartered in on long term time charter contracts.
• Golden Ocean Group Limited • John Fredriksen • Norway