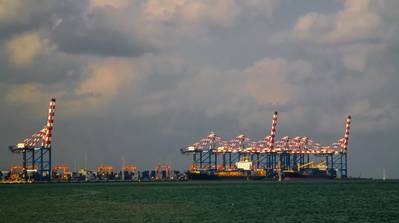 A team of experts aims to examine how increasing Gulf investments in port infrastructures in the Horn of Africa has shaped its political landscape.

Backed by funding from the Carnegie Corporation New York, the $500,000 research project will explore the relationship between the Middle East and East Africa – focusing on port infrastructures and transport corridors.

Carnegie Corporation is the philanthropic foundation established by Andrew Carnegie in 1911 ‘to promote the advancement and diffusion of knowledge and understanding’. It is one of the oldest and most influential of grant making foundations in the U.S.

The two-year study will be led by the University of Birmingham in the U.K., and experts will carry out research in the United Arab Emirates as well as three East African cities of Dijibouti; Bossaso, Somalia; and Berbera, Somaliland, exploring how people’s daily lives are affected by infrastructural power contestations

Project Leader Dr. May Darwich, from the Department of Political Science and International Studies, said, “This project seeks to further knowledge and understanding of how infrastructural investments across regions shape political dynamics at regional, national, local and individual levels.

“The project also examines how conflicts and rivalries in the Middle East—particularly in the Arabian / Persian Gulf—can be transmitted to a neighboring region, such as the Horn of Africa, thereby affecting everyday lives of East African citizens.”

Infrastructures symbolize modernity and increase connectivity between nations. As such, they are shaped by geopolitical and geoeconomic competition. The Horn of Africa is the eastern-most extension of African land and home to the countries of Djibouti, Eritrea, Ethiopia and Somalia.

It has geostrategic significance which has led to heavy investment in its infrastructure, turning the region into a space for competition among Gulf States and other powers such as the U.S., China and Turkey.

The project will generate primary data and knowledge on infrastructural power and the societal and political transformations that accompany such developments. Researchers aim to build long-lasting relationships between academic communities across three continents: Europe, the Middle East and the Horn of Africa.