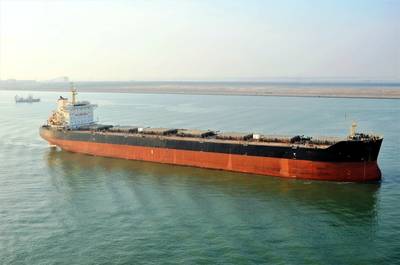 The directives call for looking at building above-ground and underground facilities to stockpile oil, gas and chemicals in FTZs that encompass 120 square km (46 square miles), including in parts of provincial cities Ningbo, Hangzhou and Jinyi.

This would expand a plan to build Zhejiang’s Zhoushan port, made up of many islands, into a marine fuel hub to challenge Singapore, the world’s largest supplier of ship bunkers.

The oil storage facilities, once built, would have the potential to become part of China’s national reserves, it said.

Zhejiang FTZ should also plan to build bonded storage and transfer centres for imported grains that can provide special quarantine approval and customs clearance on shipments, starting with soybean imports, the document said.

Facilities for the processing of high protein food such as imported beef will also need to be expanded, it said.

In the same policy release, the Cabinet calls for increasing agricultural trade with African exporters in the free-trade zones of central Hunan province that handle air cargo imports of products like coffee and cotton.

Nonferrous metals processing should also be expanded in the Chenzhou area of southern Hunan, the document said.