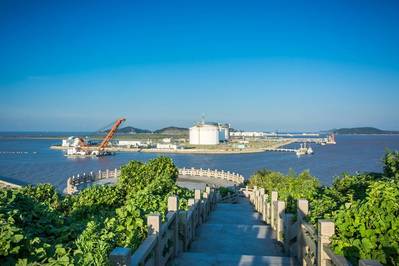 81,704 cubic metres of LNG was supplied to ships during the year.

Spain has seven LNG terminals, more than any other country in Europe. The terminals have been or are being adapted to allow them to provide small scale and bunkering services.

Powering vessels with LNG is one measure being taken by the shipping industry in a bid to lower carbon emissions and combat climate change.

The Spanish figures were released by Core LNGas hive, a European Union-backed project coordinated by transmission system operator Enagas and including Spain's transport ministry and port authorities alongside other private companies.