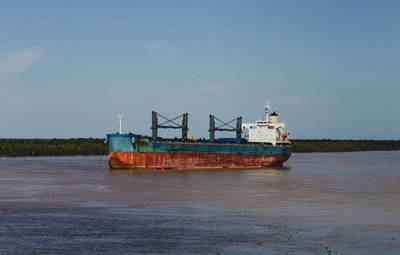 A labor union representing Argentine grains port workers said on Sunday it would stage a 24-hour walk-off from midnight after failing to strike a deal on a collective work agreement with the business chamber that represents private port owners.

The URGARA union, which represents inspectors who check the quality of grains before they are loaded onto ships, called on its workers to "cease all ... activity in ports throughout the country," in a statement released late Sunday.

URGARA's workers are critical to the operation of ports and shipment of grains from Argentina, a top global exporter.

The walk-off is scheduled to begin from midnight Sunday (0300 GMT) and run for all of Monday.

The union said it would still attend a meeting Tuesday with Labor Minister Claudio Moroni to discuss a possible conciliation with the Private Ports Chamber.

The chamber did not immediately comment on URGARA´s decision.

Argentina is the world's No. 1 exporter of soymeal livestock feed and the No. 3 supplier of corn and raw soybeans.