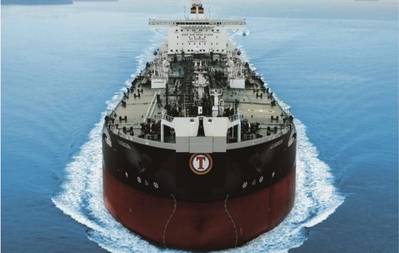 Greece-based Tsakos Energy Navigation (TEN) said that its 15-vessel newbuilding program is nearing completion with the final three aframax tankers expected to be delivered in the coming months.

In the second half of the year, with all vessels delivered and 77% of the fleet on full utilization contracts, TEN's industrial shipping strategy will be at full throttle.
In line with the programmed deliveries, in January 2017 the VLCC Hercules I was delivered from Hyundai Heavy Industries in South Korea and was subsequently chartered for a period of up to 18 months.
In February and April 2017, the aframax tankers Marathon TS and Sola TS were delivered from Daewoo Mangalia Heavy Industries, the fifth and sixth in a series of nine aframaxes built against long-term contracts.
In March 2017, the Company took delivery of its third DP2 shuttle tanker Lisboa from Sungdong Shipbuilding in South Korea. The vessel was built against an eight year contract, with an option to extend to eleven years.
Meanwhile, TEN reported first quarter 2017 results with net income of $17.5 million or $0.16 per share. Revenues, net of voyage expenses totaled $108.2 million, approximately $8.5 million more than in the first quarter of 2016, in part due to the delivery of new vessels.
Fleet utilization of 97.2% contributed to higher revenue. TEN has maintained a 95% plus utilization consistently. A remarkable accomplishment in a cyclical industry.
In addition, the Company recently initiated a strategic partnership with a major US oil company starting with the chartering of three suezmaxes and one VLCC.
• Tsakos Energy Navigation • United States • Daewoo Mangalia Heavy Industries

GAC Grows Its Coverage in Sweden