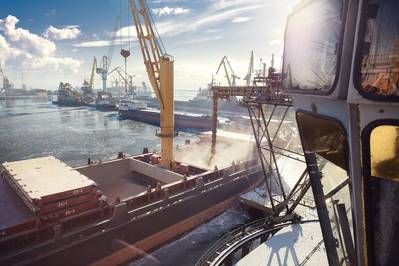 Ukraine officials and traders do not expect the coronavirus epidemic to have an impact on the country's grain exports to China, although there are delays to transport and disruption to logistics throughout the country.

China is a major importer of Ukrainian corn and sunflower oil.

"I see no reason to worry," said Mykola Gorbachev, the President of the Ukrainian Grain Association (UGA) traders' union.

"China is in the market, demand has not gone away, but just now American prices are quite competitive with ours so Chinese demand will be divided between us and them," one Ukrainian trader said.

"There are difficulties inside China with logistics, with delivery to the regions, to consumers, but in general, the demand has not gone away," he added.

Ukraine's Ministry for Development of Economy, Trade and Agriculture last month said it did not expect any significant impact on trade with China from the virus outbreak.

Chinese National Grain Trade Center however said in a notice that the country would start selling 2.96 million tonnes of corn from state reserves from Feb 7 in a bid to ease feed shortage at some companies in the south.

China ranks fourth among the main importers of Ukrainian grain with a market share of 6.1%, according to Ukrainian APK-Inform agriculture consultancy. China's share in Ukrainian sunoil exports is 7.5%.

Ukraine's grain exports were up 30.4% to 36.8 million tonnes so far in the 2019/20 July-June season, the Ministry for Development of Economy, Trade and Agriculture said on Tuesday.