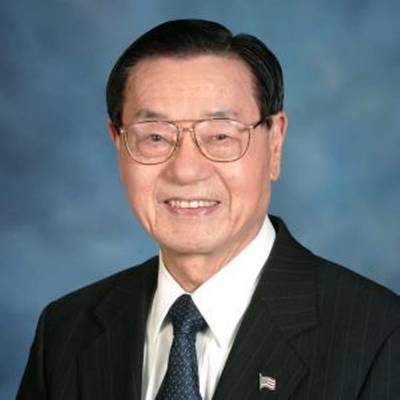 Every year, SUNY Maritime College hosts its Admiral’s Scholarship Dinner to honor industry executives and raise funds to help the next generation of leaders earn their degrees and U.S. Coast Guard licenses.
The dinner continues to attract increasing numbers of alumni, friends of the college and maritime professionals. For the second year in a row, demand for tickets has been so high that the event has been moved off campus to accommodate guests who come to meet current students, hear from campus administrators, and honor exceptional alumni and other professionals.
The May 1 dinner will honor three individuals and their two companies: Dr. James S.C. Chao, founder and honorary chairman of Foremost Group and his daughter, Angela Chao, current chairman and CEO of Foremost Group; and Joseph Byrne ’89, vice president and senior operations manager of Turner Construction Co.
Another notable dinner attendee is Adm. Mark Buzby, administrator of the Maritime Administration.
An American of Chinese descent, Dr. James S.C. Chao founded Foremost Group in New York in 1964, and today it is one of the most respected global shipping firms. Foremost has one of the youngest and most environmentally friendly shipping fleets in the world. It is an industry leader recognized for its superior management and performance. Dr. Chao has received innumerable awards for his professional accomplishments and philanthropy. For his lifetime contributions, Dr. Chao was inducted into the U.S. International Maritime Hall of Fame at the United Nations. Dr. Chao and his late wife Ruth Mulan Chu Chao have dedicated their lives to promoting education and philanthropy. More than 5,000 students have been awarded scholarships through their generosity. The Chao Foundation’s Mulan Educational Scholarship Fund helps students from the National Taiwan Ocean University pursue graduate degrees at SUNY Maritime College.
Before taking the helm of Foremost Group, Ms. Chao worked in the mergers and acquisitions department of what is now Morgan Stanley Smith Barney. She holds an undergraduate degree from Harvard and earned her MBA degree from Harvard Business School in 2001, after which she rejoined Foremost Group, first concentrating on the fundamentals of ship operations and ship management while overseeing the implementation of Foremost’s Safety Management System to comply with the International Safety Management (ISM) Code and the fleet’s Vessel Security Plans in compliance with the IMO’s International Ship and Port Facility Security (ISPS) Code. This year she was named chairman and CEO of Foremost Group.
• Harvard • Harvard Business School • Maritime Administration