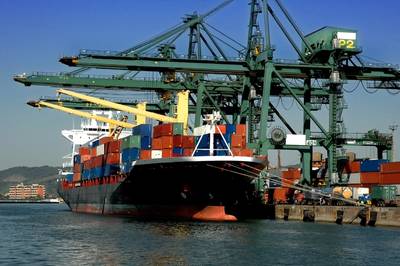 Latin America's largest port in Santos in Brazil will maintain regular operations, port operators said after meeting with dock workers and authorities on Wednesday to discuss measures to deal with the coronavirus outbreak.

In a statement sent to Reuters, Regis Prunzel, president of operators group Sopesp, said a crisis committee was created with representatives from all stakeholders at the port, where most of Brazil's coffee, sugar, soybeans, corn and cotton are exported to the world.

One of the measures agreed on Wednesday will reduce large group gatherings on port premises, Prunzel said in an audio message.

"Port activities will continue in a normal fashion. This is our stance. Port authorities will issue a statement and the workers are in agreement with the initiative,” he said.

Activity at the port of Paranaguá, Brazil's second busiest for agriculture commodities like soybeans, has not been halted and will continue as normal, a press representative told Reuters by telephone.

As part of new safety guidelines enforced since January at that port, vessel captains have an obligation to report any suspect cases among the crew upon arrival. All persons entering the port zone also have to present medical documentation attesting they are in good health, the press person said.

No suspect cases in incoming ships have been reported at Paranaguá, according to officials at the port.

The crisis committee at Santos port will be reconvened on Friday, Prunzel said. New safety guidelines will be issued to protect the health of all personnel involved in port activity, he said without providing details.