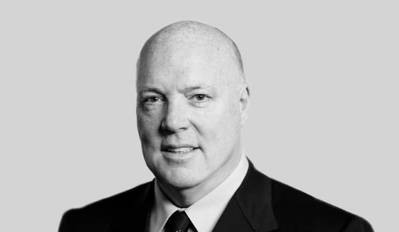 Reports that businessman Jim McColl, who purchased the Ferguson Marine Yard last year, plans to resurrect commercial shipbuilding on the lower reaches of the Clyde have been welcomed by organizations such as GMB Scotland and the Confederation of Shipbuilding & Engineering Unions (CSEU).
It has been reported that McColl is looking into Greenock's Inchgreen dry dock to build oceangoing commercial ships. This could potentially create many hundreds of jobs, and depending on the success of tenders, the potential number of jobs could be exceptional, says GMB Scotland.
Jim Moohan, CSEU Chairman and GMB Scotland Senior Organizer, said, “The Confederation of Shipbuilding & Engineering Unions welcomes the vision by Jim McColl, industry entrepreneur, to invest and bring back a commercial shipbuilding legacy which had decayed on the Lower Reaches of the Clyde over three decades ago.”
“Mr. McColl who recently purchased the Ferguson Marine Yard and saved it from closure now has a name to resurrect the construction of commercial shipbuilding in Scotland, an area of industry in which a number of individuals would not tread the water in case of lack of work program or financial insecurities,” Moohan continued. “It has been well known the profit margin from commercial shipbuilding, if professionally managed, can be rewarded as an exceptionally good investment.”
“It takes an individual of Mr. McColl's stature to have this optimism and the belief to turn the facilities which are there at present including Inchgreen Dock into an Enterprise which can accommodate European work of commercial ships which is available in the market if one is willing to enter into that arena,” Moohan said.
“If successful, this would create many hundreds of jobs and beyond depending on the success of potential tenders within the commercial shipbuilding market. The potential number of jobs could be exceptional. We in Scotland certainly have the skills and experience and as stated the facilities at hand to go forward into an exciting future, and if supported by the Scottish Government can only go on an upward trend which will enhance the profile of commercial shipbuilding which was decimated through the 1960s and 1970s.”
• Scotland • Scottish Government