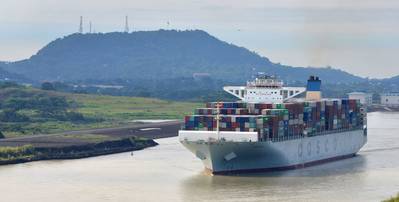 Modifications to the Panama Canal tolls structure have been approved by the Cabinet Council of the Republic of Panama.

After a thorough analysis of the current utilization and productivity of the Neopanamax Locks, and after meetings with Panama Canal executives, customers and industry representatives in Europe, Asia and North America, the proposed tolls modifications were officially announced on June 1, 2017. This was followed by a formal consultation period to ensure all interested parties could provide feedback for consideration.
On July 5, 2017, the Panama Canal held a public hearing to discuss the tolls structure modifications proposal, where the Panama Canal Authority (ACP) received written comments from 12 representatives of associations, shipping lines and shippers—three of which presented comments in person at the hearing. All comments received were then carefully evaluated and analyzed.
The approved tolls modifications are scheduled to go into effect on October 1, 2017, at the beginning of the canal's fiscal year.
For the containership segment, the approved tolls structure offers more attractive rates per loaded containers on the return voyage, applicable only to Neopanamax vessels deployed on the Canal route in the head and back haul legs, and when: (1) the utilization rate of the northbound transit is higher or equal to 70 percent, and (2) the time lapse between the northbound and the southbound transit is not greater than 28 days. In order to promote the use of the services provided within Panama’s logistics hub, any additional days that the vessel requires to perform port-related activities in the Panamanian terminals will not add to the 28- day period. The ACP’s tolls proposal had originally set 25 days as the maximum time lapse for the return voyage. After evaluation of the comments received during the consultation period, it was decided to extend this time frame to 28 days.
The new structure also modifies the tolls charged to liquefied natural gas (LNG) and liquid petroleum gas (LPG) vessels, which will be set at the levels presented in the original tolls proposal. This decision was made after a careful analysis of the impact of the proposed increases in the supply chain and final user.
Container/breakbulk vessels—formerly part of the others market segment—will be reclassified into the general cargo segment, thus resulting in more attractive tariffs for customers in this category.
• liquefied natural gas • liquid petroleum gas • North America