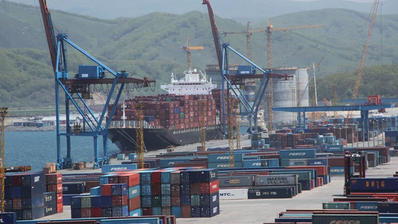 A.P. Moller-Maersk said on Monday it has agreed to sell its 30.75% stake in Russian port operator Global Ports Investments to Russia's largest container operator Delo Group, which also owns a 30.75% stake in the firm.

After the divestment, which needs regulatory approval, Maersk's port unit APM Terminals would "no longer be involved in any entities operating in Russia or own any assets in the country," Maersk said in a statement.

Maersk put its stake in Global Ports up for sale in March as it decided to quit Russia because of its invasion of Ukraine. Read full story