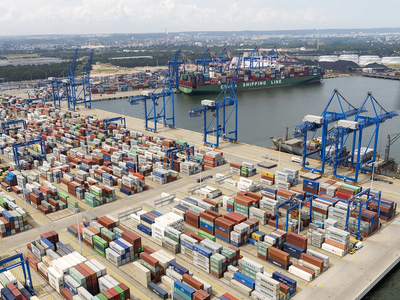 The order, booked in Cargotec's 2018 third quarter order intake, follows a recent DCT order of five Rubber-Tyred Gantry Cranes (RTGs) that took place in the first quarter of 2018. The RMG deliveries are scheduled to take place in the second half of 2019.

DCT Gdansk is Poland's largest and fastest growing container facility, and the only deep-water terminal in the Baltic Sea region with direct ocean vessel calls from the Far East. Currently the terminal has an annual throughput capacity of 3 million TEUs and its operating area covers 74 hectares. The container-handling equipment at DCT Gdansk includes Post-Panamax and Super-Post-Panamax ship-to-shore cranes as well as RTGs. DCT Gdansk has made significant infrastructure investments during the past three years, affecting all modes of transport crossing the Port of Gdansk, which is the country's largest logistics hub.

Cameron Thorpe, CEO at DCT Gdansk, said, "Rail connections in Poland, as in other European countries are becoming increasingly important, especially in the context of sustainable, intermodal transport solutions. We found that Kalmar have responded well to market demands and can provide equipment that meets our exacting requirements. The three new electrically powered Kalmar RMGs will significantly boost our handling capacity and help us deliver an efficient, dependable rail gateway for our customers in Central and Eastern Europe."

The three Kalmar RMGs, each with a lifting capacity of 41 tons and railspan of 32 meters, will be used to service trains in the new rail section of the container terminal. They are part of an ongoing investment program at the Port of Gdynia to modernize the rail infrastructure at the port. The units will be powered by a cable-reel system, have one cantilever and room for two lanes for trucks and containers. The cranes will be fitted with Kalmar SmartFleet process automation solution with a RMG map view as well as Kalmar SmartWeight for certified container weighing that will be integrated in the Navis N4 Terminal Operating System (TOS), that has been implemented in the terminal already in 2011.