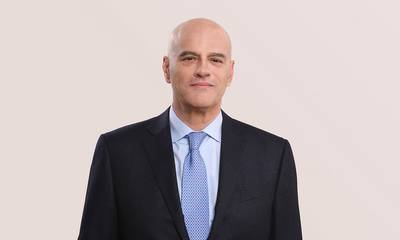 Italy has already secured additional gas imports from Algeria and Norway to make up for a fall in supplies from Russia, but it needs additional LNG terminals to receive more fuel from several countries, Claudio Descalzi said at a business conference.

Descalzi said the state-controlled group, which last year imported about 21 billion cubic meters (bcm) of gas from Russia out of a total of 29 bcm imported by Italy, will replace little more than 50% of Moscow's supplies starting from this winter.

"If the winter is without excessive cold spells, we might be able to make it thanks to gas storages 90% full and (gas) flows from these countries," Descalzi said, referring to the possibility for Italy to survive without Moscow's imports.

"Algeria right now has doubled its gas flows to Italy compared to the past," Descalzi said.

"Then we have other contributions, such as that of Norway. In the future we will also have contributions from Egypt, Nigeria, Angola and Congo via LNG."

As Russia's Gazprom started curtailing gas delivered to Europe through pipelines after its invasion of Ukraine this year, Italy and Germany have turned to LNG, which is transported through ships.

Russia calls its actions in Ukraine "a special military operation."

Germany leased five FRSUs this year, two of them due to become available this year.