ABS & the Future of Classification 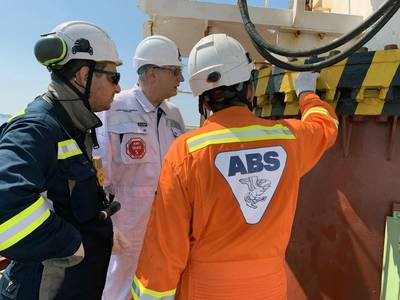 The discussion of the ‘future of class’ seems more relevant today than ever, as the maritime industry navigates a transcendent period, with digitalization, decarbonization and a long list of related safety and risk concerns occupying the attention and budgets of shipowners globally.
“There are many things going on in the industry, and in fact the world, and looking ahead I think we’re looking at a ‘new norm’,” said Christopher J. Wiernicki, ABS Chairman, President and CEO. “It’s a norm where everyone in the industry is going to have to make uncertainty our friend.”
The course toward greenhouse gas emission reduction is set, but the path is anything but certain as shipping companies wrestle with the best means and methods to not only achieve new standards, but to achieve them while still maintaining a solid business model.

“There are many sign posts that are helping to guide us, but how we choose as an industry to connect these sign posts will really make a difference,” said Wiernicki. Along with increased market uncertainty and unpredictability, Wiernicki counts the impact of regulation on shipping cycles and the impact of technology – not just technology itself but the increasing speed of technological change – as the “three tectonic shifts” impacting the maritime industry for the coming generation. From these shifts come five opportunities and challenges, including:

• The effect of digitalization & automation,

• The continued focus on performance optimization,

• The course toward low-carbon shipping, and,

• “The last one, which is nearest and dearest to my heart, is safety.” While the convergence of new technologies offers tremendous promise and business opportunities, it also comes with challenges, from selecting the best new tech for your fleets profile to recognizing and addressing unintended consequences brought on with the digitalization, automation, decarbonization. “These will have impacts on how vessels are designed, built and operated going forward,” said Wiernicki.

The Business of Technology
While it can be easy to get caught up in the glamor of new technologies, Wiernicki said that the future is not simply about adopting new technology in a vacuum, rather assessing how it impacts maritime operation wholistically, from emissions to performance to risk profile to the business of maritime.

“You are beginning to see that (technology) creep up into things like The Poseidon Principles, which essentially brings the shipping technology and finance worlds together as you look at the next generation of vessels and the banks start benchmarking the conditions of finance,” said Wiernicki.

“You are going to see the technical side become as important as the commercial side of decision making.”
Hand-in-hand with the pace of technology will be the pace of regulation, arguably one of the taller hurdles in the equation as the technology and business/finance communities have a commercial impetus to proceed at pace.

“Regulations are going to have to accelerate their pace to be technically feasible and economically viable. In fact I’m about to send a personal letter now to Kitack Lim at IMO encouraging him to take a hard look at SOLAS,” a regulation that was not only created before the internet and iPhone, “in fact it was created before the fax machine,” said Wiernicki. “It’s a regulation that needs to be upgraded, and this is a challenge to regulation overall to be able to allow for the rapid rate of technological change.”

Looking at the ISM the safety management code, Wiernicki sees this as potentially being a framework for the industry as we move into the digital 4.0 world.

“It is built from a systems perspective and built to be indifferent to the technology, it recognizes that future safety is synonymous with security and reliability,” said Wiernicki. “You are starting to see evidence of that as flag states start to put their cyber security requirements into ISM. But I think ISM in general is going to move from a compliance check-off to an important management tool.” 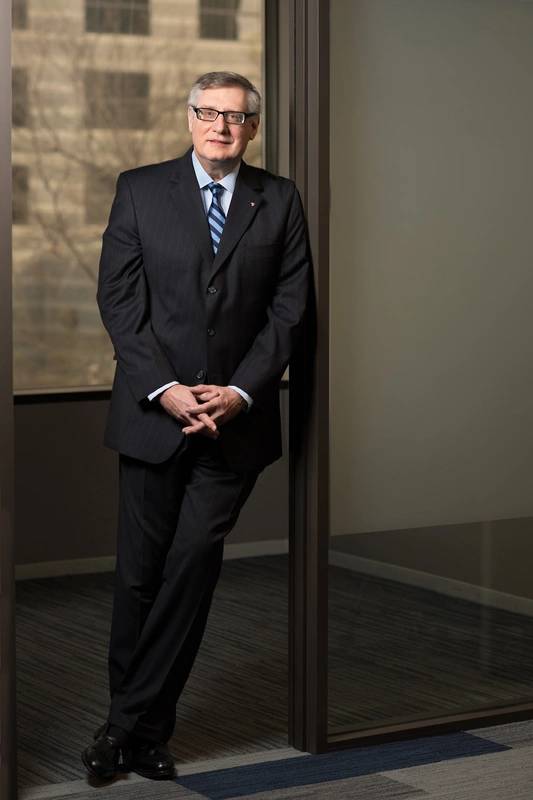 “You are beginning to see that (technology) creep up into things like The Poseidon Principles, which essentially brings the shipping technology and finance worlds together as you look at the next generation of vessels and the banks start benchmarking the conditions of finance.”
Christopher J. Wiernicki, ABS Chairman, President and CEO

The Future of Fuel
With ever stricter emission mandates comes discussion and research on future maritime fuels.

“You can get to 2030 (and the 40% CO2 reductions for cargo transport) by focusing on LNG as a fuel, speed optimization and ‘just-in-time shipping’ which is improving the utilization of the voyage,” said Wiernicki. But hitting aggressive targets for 2050 is another matter.

“When we talk about the fuel choices of the future, it’s not LNG, Methane, Ethane or Ammonia … it is ideas. It’s being able to collectively take ideas and pull them together,” said Wiernicki. A collective challenge is moving forward it’s not going to be a single, obvious fuel solution. “It’s going to be a hybrid solution, it’s going to be a combination of things with a greater focus on operational performance, which is where digitalization comes in to help ship owners make better informed decisions.”

As the industry changes, naturally class must change too. “We at ABS are going through a digital transformation,” said Wiernicki. “We are progressively moving toward the future of class that is evolving from a calendar-based survey cycle to a condition-based cycle,” citing its large pilot project in progress today with Military Sealift Command, taking that entire fleet and switching it from a calendar-based survey to a condition-based survey cycle.

Speaking of digital, he said ABS’ leadership is particularly evident in the case of fast-emerging cyber security threats.

“ABS was the first classification society to really embrace the importance of cyber security. Cyber is the safety system that you can’t necessarily see,” said Wiernicki.

“Historically we work well in the structures and the equipment areas, based traditionally on things that you can see. In the digital world safety and security is based on things you can’t necessarily see … the software and the data.”
With the cumulative issues, challenges and complex technological discussions for the industry today, in Wiernicki’s mind it all boils down to safety.

“Technology is interesting, I’m a technologist. But the purpose of technology is to unlock economic value. Technology has no sense of humor, it has no common sense and it has no instincts. It’s people,” he said. 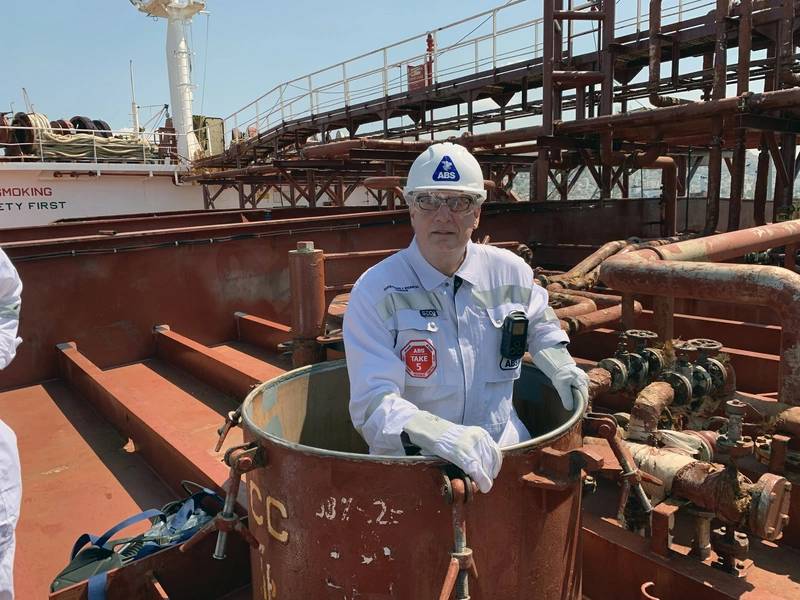