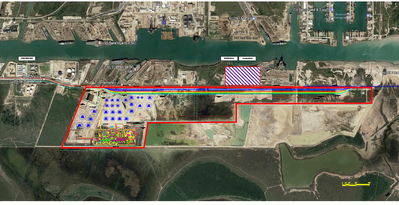 Jupiter MLP LLC, a Dallas-based logistics company, has secured permits to expand a crude export dock at the Port of Brownsville in Texas, the latest in a series of moves made by U.S. companies to tap into booming overseas shipments.

The expanded dock space will be able to accommodate Suezmax-size vessels, the company said in a statement Thursday.

Privately-held Jupiter has also begun the permitting process to build an offshore supertanker loading facility six miles (9.6 km) off the coast of Texas.

The facility will be connected to the expanded dock, and will be able to load a supertanker or VLCC, the largest oil tankers which can ship some 2 million barrels of oil, within 48 hours. The terminal would be served by a Permian Basin pipeline.

The port of Brownsville is close to Texas's Permian Basin and serves as a gateway of sorts into the Mexican fuel market.

Production in the Permian, the largest U.S. oilfield, has been the biggest driver of U.S. shale output and is expected to rise to a record 3.28 million bpd in June.

In 2017, Mexico was the destination for more than 1 million bpd of petroleum products such as gasoline and diesel, worth over $23 billion compared with 880,000 bpd in 2016.