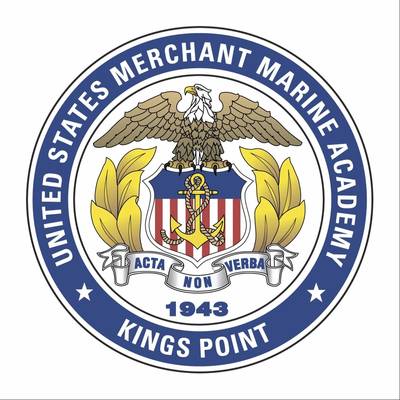 The United States Merchant Marine Academy (USMMA) has announced that Sea Year training for USMMA Midshipmen will resume on three commercial carriers beginning in March 2017.
The reinstatement of the program follows the implementation of comprehensive new policies, including a zero tolerance policy for sexual assault and sexual harassment to ensure that the Academy’s standards for behavior, leadership and integrity are upheld.
“I commend the maritime industry’s efforts to combat sexual assault, sexual harassment and other coercive behaviors, particularly Crowley, Maersk and APL, which are the first companies to meet MARAD’s Sea Year requirements,” said Maritime Administration Executive Director Joel Szabat.  “Commercial Sea Year training is a core training component of the Academy and its Midshipmen, and critical to the success of the industry, as today’s Midshipmen are tomorrow’s operators.”
“The results of these collaborative efforts establish a formal protocol that will improve conditions for the United States Merchant Marine Academy Midshipmen. These young men and women will receive valuable training on commercial ships that will strengthen the industry overall,” continued Szabat.
Crowley Maritime Corporation, Maersk Line Limited, and American Presidents Line (APL), comprised half of the Academy’s commercial Sea Year program before it was suspended.
By order of then-Secretary Foxx, Midshipmen training on commercial vessels was suspended in June 2016, while the Maritime Administration (MARAD), industry and labor examined ways to ensure that training was conducted in a safe and respectful environment.
Since that time, MARAD, along with the industry and unions, has worked to establish requirements for companies providing Sea Year training opportunities for Midshipmen.  These requirements include zero tolerance for sexual assault sexual harassment (SASH), vetted mentors, regular crew training, and no fraternization between crew and Midshipmen.  These requirements will be reviewed after six months, and annually thereafter.
A consortium of maritime industry companies and labor organizations is working with MARAD to develop computer based training programs and best practices to combat SASH.  In addition, the National Defense Authorization Act for fiscal year 2017 requires a working group to report to Congress in September 2017 on efforts to further address SASH prevention and reporting.
In addition to the initial three shipping lines, MARAD is reviewing applications from other companies that have applied to meet the Sea Year requirements.
• Congress • Crowley Maritime Corporation • Maersk Line Limited