Cargo Dips in July at Port of Long Beach 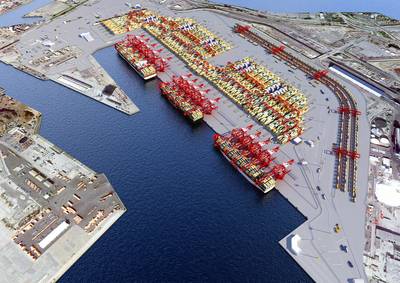 Port of Long Beach cargo volumes last month were down from the previous July, when the number of containers moved through the harbor neared 700,000 twenty-foot equivalent units (TEUs).

“The trade war is hitting the West Coast hard,” said Port of Long Beach Executive Director Mario Cordero. “For more than a year, the supply chain has bent under the weight, and there’s very little give left. If the tariffs continue and escalate as planned next month, American consumers could see higher prices during the holiday season as businesses pass along their costs.”

Through July, more than 4.3 million TEUs have moved through the Port’s terminals, 7.2% fewer than at the same point last year.