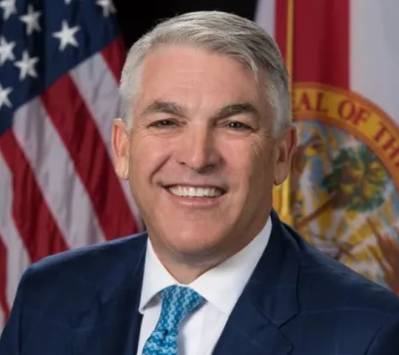 "It is an honor to serve as chair of the Florida Seaport Transportation and Economic Development Council. I look forward to building on the organization's proven track record of supporting the state's seaports and ensure they have the resources needed to remain competitive in international trade, while supporting local jobs and economies. Florida's population is booming and our seaports need resources to keep up with the state's rapid population growth in order to best serve our communities," explained Paul Anderson, Port Tampa Bay President & CEO.

FSTED is charged with carrying out Florida’s economic development mission through implementation of seaport capital improvement projects at the local level. Its members consist of port directors from Florida’s 15 seaports, and representatives from the Florida Department of Transportation and Department of Economic Opportunity.

Anderson is a Former Federal Maritime Commissioner, joining Port Tampa Bay as CEO in 2012 after holding a series of high-profile leadership positions in the public and private sectors. He currently serves as chair of the Florida Ocean Alliance, and serves multiple national leaderships positions including the American Association of Port Authorities and Coalition for America’s Gateways and Trade Corridors.

King, will serve as FSTED Vice-Chairman. On June 1, 2021, Alex began his new role as Executive Director for the Panama City Port Authority after having previously served for three years as the Deputy Director and seven years as the Operations Manager. He also serves on the Executive Committee of the Gulf Seaports Marine Terminal Conference. Prior to joining the Port in 2011, Alex worked 10 years in the rail industry for two global, short-line holding companies.

Merritt, will serve as FSTED Secretary. He was named the Port of Pensacola Port Director in June, 2021 after having served as the Deputy Port Director. A graduate of the University of Florida, Merritt was commissioned an ensign in the U.S. Navy. Before retiring from the military, he served on active duty with tours in tactical aviation squadrons, including combat operations during the first Gulf War, and as a maintenance officer for the Blue Angles.