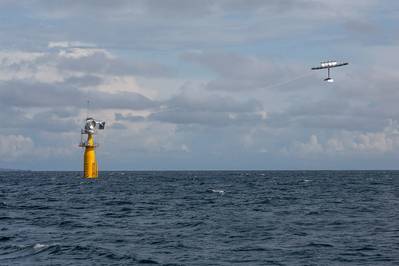 Alphabet, Google's parent company, announced that it is calling it quits on its efforts to build and monetize its Makani wind energy kites.

Google acquired Makani, which developed airborne wind turbines and aimed to make wind energy more accessible and affordable, in 2013. Last year, the company spun it out of X and made it a standalone Alphabet unit.

Alphabet CEO Sundar Pichai has reportedly been under pressure to cut losses from the company's 'Other Bets' category, which includes projects such as X, self-driving car service Waymo and wireless broadband project Loon. Last year, 'Other Bets' lost $4.8 billion, according to the Financial Times.

Fort Felker said in his blog post that despite successfully demonstrating a flight off the coast of Norway last year, Makani CEO Fort Felker said that business and technology challenges meant that “the road to commercialization is longer and riskier than hoped.”

"This doesn’t mean the end of the road for the technology Makani developed, but it does mean that Makani will no longer be an Alphabet company. Shell is exploring options to continue developing Makani’s technology," he said.

Fort added: "Makani spent the past seven years at Alphabet, during which time our technology advanced from a 20kW demonstrator kite, to a utility-scale kite capable of generating 600kW. Last year, after leaving X to become an independent business, our focus shifted to becoming commercially viable and with the support of Shell, we were able to demonstrate the first flights of a utility-scale energy kite system from a floating platform off the coast of Norway."

Makani will continue to exist on its own, said company sources.