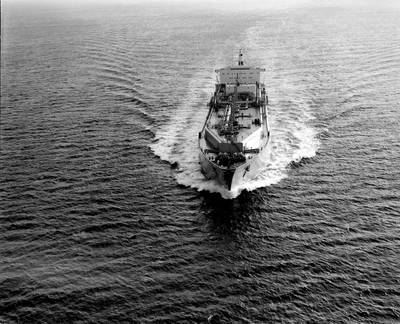 Japanese gas buyers marked the 50th anniversary since the first cargo of liquefied natural gas arrived in Japan, now the world’s biggest importer of the fuel.

JERA, Tokyo Gas, Mitsubishi and ConocoPhillips will continue contributing to the further usage of LNG and to the development of the LNG industry by utilizing the experience and knowledge accumulated during the 50 years.

To celebrate the 50th year anniversary of the introduction of LNG, the four companies hosted “The Ceremony for the 50th Anniversary of LNG to Japan” on November 6th, 2019.

Toshihiro Sano, Chairman, JERA said: "Since its beginnings with the Minami-Yokohama Thermal Power Station, LNG thermal power generation in Japan has steadily expanded thanks to the supports of local residents and other parties involved, and today plays an indispensable role in supplying the nation's electricity."

"With rising demand for LNG in emerging economies and its anticipated utilization in new areas such as transportation, the importance of LNG is expected to grow further in the future. JERA intends to contribute to expanding the use of LNG both in Japan and overseas by applying the skills in the safe and efficient use of LNG that we have acquired over the course of half a century," he added.

Takashi Uchida, President, Tokyo Gas said: "For half a century since the introduction of LNG, Tokyo Gas has been building an LNG value chain, developing and expanding LNG demand in Japan and overseas through the extensive use of natural gas. In order to pave the way for "the next 50 years" as responses to climate change are now being demanded globally, Tokyo Gas will carry on the pioneering spirit that has been passed on since the introduction of LNG to take on new challenges such as further extensive utilization of natural gas and reduction of CO2 emissions through the combination of LNG and renewable energy."