“The decrease in state spending on higher education is what keeps me awake at night” is how RADM Michael Alfultis, President, SUNY Maritime College, neatly summarized the biggest challenge he faces as the leader of one of the U.S.’ leading maritime universities.

“With a small student body (about 1700), the numbers simply don’t work,” noting that while state funding 15 years ago covered two-thirds of the college’s operating expenses, that percentage hovers at or below 30% today.

Echoing Alfultis, RADM Francis X. McDonald, President of Massachusetts Maritime Academy, said his state funding for Mass Maritime is in the low 20%. But beyond funding, he sees the biggest challenge for his institution and the maritime industry as a whole is attracting and educated a broader diversity of students, including more women and under-represented minorities. “We have to find a way to diversity our institution and our industry,” and the best means he sees to accomplish this is collaboration; collaboration with other universities, with local communities and organizations, and with local schools starting at the earliest ages. 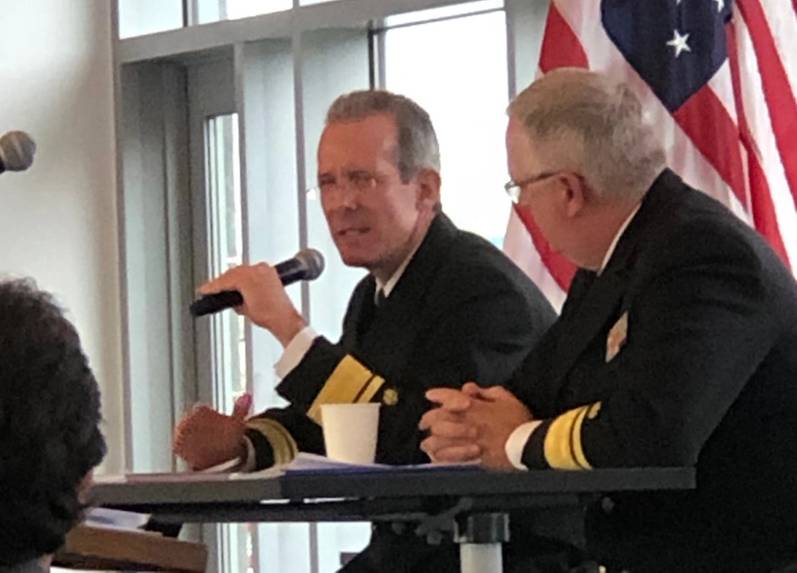 Switching gears was RADM Michael E. Fossum, Superintendent, Texas A&M Maritime Academy, a veteran of three space flights who took up his post after retiring from NASA. He sees a top challenge to the industry as a whole, and in fact the nation, is fortifying the Jones Act. “The Jones act is about our nation’s security, and you have seen a degradation of sealift capacity since Desert Storm,” said Fossum. “We need those U.S. flag vessels because we need that capability which is ours.” 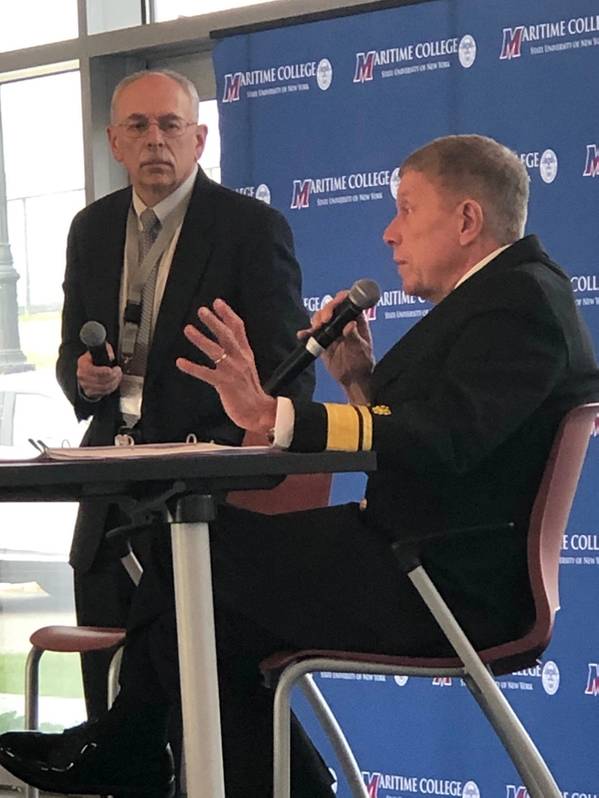