DP World Pulls Out of of Haifa Port Privatization Bid 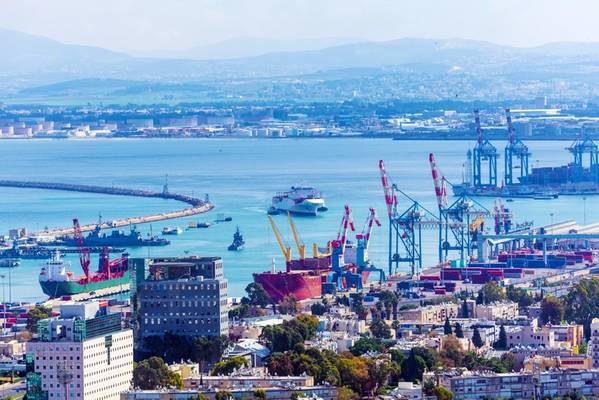 Dubai's DP World has pulled out of a joint bid with an Israeli company to privatize Israel's Haifa port, Israel's privatization body said.

Israel is selling its state-owned ports and building new private docks in an effort to encourage competition and lower costs.

DP World had signed an agreement with Israel Shipyards Industries for exclusive cooperation in the privatization of the Haifa port, one of Israel's two main sea terminals on its Mediterranean coast.

But in a statement released late Thursday, Israel's Government Companies Authority said DP World had requested to end its participation, and that Israel Shipyards Industries had asked to continue on its own.

DP World did not say why it pulled out of the bid. In a statement, it said: "Although we have decided not to participate further in the privatization of the Port of Haifa, we remain interested in investing in Israel as a key trade hub."

The Dubai-based port operator added that it would evaluate further opportunities in Israel as they arise.

Their joint bid was one of many ventures between Israel and the United Arab Emirates announced after the two agreed to establish formal relations last year.

In a statement, Israel Shipyards Industries said it was "examining different options in order to continue with the process, whether alone or by joining up with other business partners."

A winner in the Haifa port tender is expected to be announced before the end of 2021.