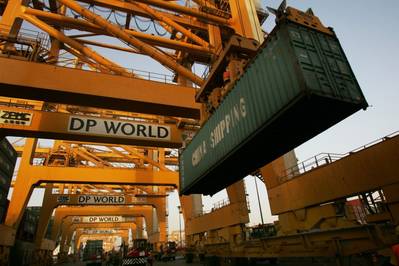 DP World, the Dubai logistics group and one of the world's biggest port operators, will meet fixed income investors ahead of a planned 10-year benchmark dollar sukuk offering, a document issued by one of the banks arranging the potential issue showed on Monday.

The logistics group will also look at selling RegS/144A benchmark bonds of intermediate maturities, denominated in euros and sterling, off its existing $5 billion general medium term note program, according to the document.

Benchmark bonds are generally considered to have an issue size of more than $500 million.

Barclays, Citi, HSBC, and Société Générale will be arranging meetings with fixed income investors on DP World’s behalf for these potential issues.

Finally, DP World has invited holders of the outstanding $650 million trust certificates due in 2019 issued by a special purpose vehicle called JAFZ Sukuk to tender their certificates for purchase by the company for cash.

GAC Grows Its Coverage in Sweden