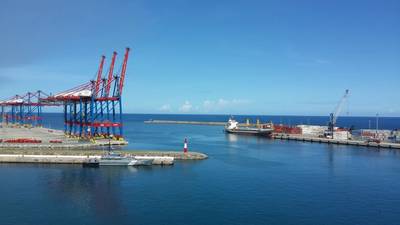 Venezuela's public-sector imports, which include subsidized food for the poor, surged in the first quarter of this year despite U.S. sanctions that President Nicolas Maduro describes as a full blockade, a recent release of central bank data shows.

Government-linked entities handle the bulk of international trade in the crisis-stricken socialist country, and both imports and exports have declined dramatically since 2014, when a drop in oil prices sent the OPEC nation's economy into a tailspin marked by hyperinflation and shortages of food and medicine.

But in the first three months of 2019, non-oil, public-sector imports rose to $955 million, up 16.5% from the same period last year and the highest quarterly figure since 2017, according to the data released earlier this month by the central bank, which does not regularly publish economic figures.

To be sure, that does not suggest the South American country's humanitarian crisis - which has prompted some 4.5 million people to flee since 2015 - is coming to an end. The same data showed the economy contracted 26.8% year-on-year in the first quarter, and inflation hit 52.2% in September.

Still, the rise came as Washington sanctioned state oil company PDVSA - whose crude exports provide the bulk of the government's foreign exchange - as part of its effort to oust Maduro, who is accused of corruption and rights violations. Maduro blames the sanctions for Venezuela's economic problems.

"Every time there's a new sanction, they look for a way to get around it," said economist Asdrubal Oliveros, director of the Caracas-based Ecoanalitica consultancy.

The central bank data did not show where the additional imports came from, but figures from import-export database Import Genius show goods like flour, tuna and beans have arrived from Mexico and as far afield as Turkey and China, two of Maduro's diplomatic allies.

The import increase was partly financed by a 155% gain in public sector non-oil exports to $2.3 billion, by far the largest in a central bank series going back to 1997. The surge came as the central bank sold off gold reserves, largely to Turkish buyers, to generate cash for the government.

"The government got around the sanctions with its allies," Oliveros said.

That still paled in comparison to the $6.1 billion in public sector oil exports, the lowest level since 2003.

Private sector imports fell 25% to $498 million, in line with the overall economic contraction.