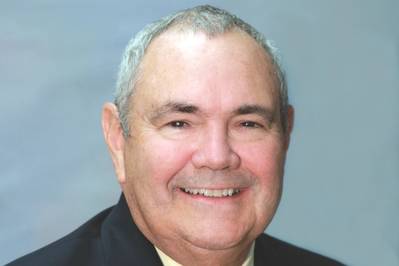 Waterways Council, Inc. (WCI) President and CEO Michael J. Toohey has revealed plans to retire, the group announced to its Board of Directors and members at its meeting in Washington, DC on Wednesday.

“Having turned 71 this month, I believe it is time to focus on my faith, family, my golf handicap and my other interests,” Toohey said.  “I remain committed to WCI’s continued achievement now and in the future once a successor is named.”

WCI’s Executive Committee will select an executive search firm to begin the process to seek a successor.

Peter Stephaich, WCI Chairman of the Board, said, “Mike’s leadership over the last eight years has resulted in true modernization of our inland waterways system: full and efficient funding for the Corps of Engineers’ Civil Works mission for lock and dam construction and major rehabilitation of the inland waterways, as well as historic Operations & Maintenance funding, over the last seven fiscal years; enactment of the Capital Development Plan into law in 2014; a WCI-advocated increase in the diesel fuel tax commercial operators pay into the Inland Waterways Trust Fund that has resulted in five lock projects under construction rather than just one; and the opening of Olmsted Locks and Dam four years ahead of schedule in 2018. These and so many more successes have established WCI as the leading national advocate for inland waterways infrastructure, and we are stronger as a nation for Mr. Toohey’s counsel.”

Before joining WCI in 2011, Toohey was a consultant for The Livingston Group (2007-2011), providing legislative representation before Congress and the Executive Branch for clients from the chemical and transportation sectors.

Nominated by President George Bush and confirmed by the U.S. Senate, Mr. Toohey was Assistant Secretary of the U.S. Department of Transportation from May 1992-January 1993.

Commissioned as an Officer in the U.S. Army, he served on active duty as a staff officer for the Chief of Engineers from 1971-1975.