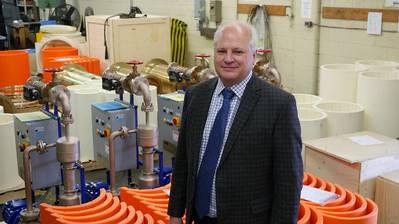 A native of Sweden, Haraldsson has more than 25 years of strategic sales experience across a myriad of maritime sectors, having held senior sales positions with well-known original equipment manufacturers and service providers, including Consilium, De Nora, Jowa, and Harris Pye.

Throughout his career, he has been a prominent crusader for environmental sustainability and marine safety. During his ten-year tenure with Sweden-headquartered water treatment specialist Jowa, Haraldsson was instrumental in the development of international mandatory regulations requiring water ingress alarms on bulk carriers. The development resulted in a dramatic increase in sales for the company’s monitoring systems.

Haraldsson will operate from Thordon’s office in London, UK, where he will be the main point of contact for those European and Middle Eastern shipowners and shipyards looking to reduce operational costs and improve environmental footprints through the elimination of pollution from oil and grease lubricated bearings and seals.