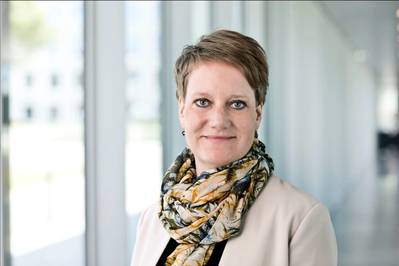 On 1 December 2020, Ingrid Uppelschoten Snelderwaard will take up the role as global COO of Svitzer A/S, reporting to CEO Kasper Friis Nilaus. She will be based in Copenhagen.

Uppelschoten Snelderwaard joins Svitzer from her current position as Global Head of Equipment and VP at Maersk and takes over from Svitzer’s current COO, Leonardo Sonzio, who will be moving on to become Maersk's Head of Fleet Operations.

Uppelschoten Snelderwaard holds a degree in Economics and Languages from Hogeschool Zeeland, and a degree in Business Management from Nyenrode University in the Netherlands. She is also a well-known face at Maersk. Prior to her current role as Global Head of Equipment in Maersk, she also held Maersk Line positions as Managing Director, Eastern Central Europe, and Trade Manager North America to/from Mediterranean.