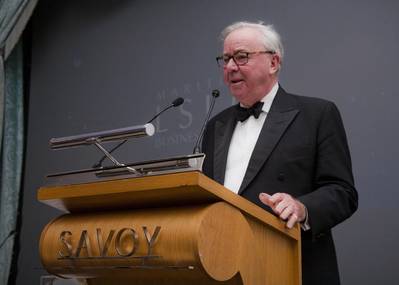 The panel of speakers who will join Lord Clarke of Stone-cum-Ebony at the 2016 Cadwallader Debate has been announced.

Chairman of the debate Lord Clarke will be joined by a panel of five speakers. They are Kuba Szymanski, Secretary General of InterManager; Michael Kelleher, Director, West of England P&I Club; Faz Peermohamed, Partner and Global Head of Shipping at Ince & Co; Michael Chalos, Partner at K&L Gates (New York); and Jeff Lantz, Director of Commercial Regulations and Standards at the US Coast Guard.

The debate, organized by the London Shipping Law Center and to be held at the Lloyd’s Building on October 26, will be attended by over 400 delegates from across ship owning, ship management, insurance, law, class and regulation.

It will discuss the legal position of the ship’s Master when tackling the day-to-day pressures of today’s shipping industry and will suggest possible solutions. Problems include erosion of the Master’s authority; the powerful positions of charterers; bullying and harassment by authorities in the port; and the demands of modern technology.

Suggested solutions include the need to support the Master; the need to reinforce his authority – or reduce the liabilities; and the need to consider carefully, the consequences of maintaining the status quo by doing nothing.