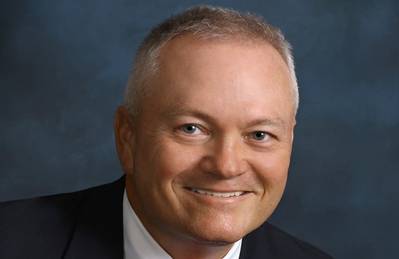 Rick Hall, CEO of SOFEC, a company providing mooring systems for the international offshore oil and gas industry, has decided to retire.

According to SOFEC, a subsidiary of Japan's FPSO specialist MODEC, Hall, who has been with SOFEC for almost three decades, and of which 21 years as SOFEC’s President and Chief Executive Officer, will retire on March 31, 2021.

SOFEC said that in Hall's place Brent Konstanzer will step into the President & CEO role on April 1st, 2021. Konstanzer has been with SOFEC since 2002 and is currently the Director of Business Administration.

Commenting on Hall's retirement, Yuji Kozai, President & CEO of MODEC said: “Mr. Hall will be working for SOFEC part time as an advisor after his retirement, and I am looking forward to his contribution to the further growth of SOFEC.”

Hall said, “I have been planning my retirement for quite some time, and now with the current projects in good hands, and the beginning of the end of COVID in sight, it presents a good time to make this transition. SOFEC has been my extended family and my support group for all of life's challenges whether personal or professional. I will truly miss SOFEC and all the people that make it so special.”

Hall was recruited to work at SOFEC in 1992 as Chief Civil Engineer for the Lufeng 13-1 Disconnectable Internal Turret Mooring System.

SOFEC has shared the story on how Hall still remembers this as his favorite project due to the challenging new technology.

"For SOFEC, the project was the first-of-its-kind internal, deepwater, disconnectable turret. After the project’s successful completion, Mr. Hall moved into leadership and acted as both the Vice President of Engineering and the Vice President of Operations. While in these positions, SOFEC completed the Terra Nova project for PetroCanada," SOFEC said.

Hall credits this project as being one of the most advanced technologically, with SOFEC having to innovatively engineer never-before-seen solutions and putting SOFEC “on the map as a major player for [providing] turret mooring systems.”

Hall took over the helm as President of SOFEC in 2000 upon the departure of Bill Kiely Sr., one of SOFEC’s founders. FMC was SOFEC’s owner at the time and Hall led SOFEC through its sale to MODEC in January 2007.

While serving as SOFEC’s President & CEO, Hall has also served the global MODEC Group by holding numerous Board positions and has acted as the Executive VP and COO of MODEC International, Inc. since 2007.

"Mr. Hall’s dedication has been instrumental in SOFEC becoming a global leader in the mooring solution and fluid transfer system market worldwide. During Mr. Hall’s tenure as President, SOFEC has delivered 83 mooring solutions in 37 different countries, many with unique, innovative and technologically advanced solutions. SOFEC has grown its overall intellectual property portfolio, obtaining approximately 150
patents during that time," SOFEC said.

The new CEO Konstanzer began his career working in various positions in the Civil/Structural Engineering and Water & Wastewater Construction Industries. He shifted his focus to the mooring industry after obtaining his MBA from Rice University in Houston, Texas.

Konstanzer said:"I am thankful for the many years I have had to learn from Rick’s leadership. He has continued the original SOFEC culture, through many changes, but we have learned well and will continue his legacy of valuing our employees above all. It is the SOFEC people that have allowed SOFEC to thrive over the years.”