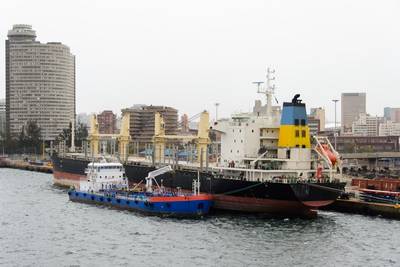 Singapore marine fuel sales in October climbed 3 percent on year to a five-month high of 4.125 million tonnes, according to data released by the Maritime and Port Authority of Singapore (MPA) on Tuesday.

The latest sales volumes were 0.3 percent higher compared to September, it showed. The higher October sales volumes reflect a slight increase in the number of ships coming to Singapore for refuelling, or bunkering, amid buoyant freight trade and easing concerns of contaminated fuels, trade sources said.

The number of ships that called for bunkers in Singapore, the world's largest marine refuelling hub, rose to a six-month high of 3,340 ships in October, compared with 3,310 ships in September, MPA data showed.

However, vessels calling at Singapore for bunkers loaded slightly lower quantities of fuel in October, with each ship taking on an average 1,235 tonnes, a three-month low and below the monthly average of 1,270 tonnes so far this year.

However despite the higher October sales volumes, expectations of achieving record bunker fuel sales for a fourth straight year in 2018 have been scaled back as year-to-date sales volumes lagged the record quantities seen in the year before.