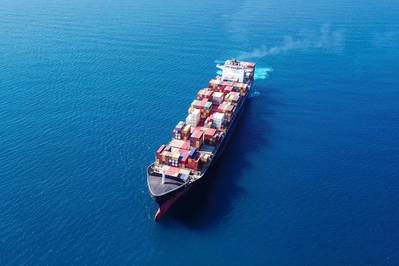 The European Union's carbon market could capture a large chunk of emissions from outside Europe if the bloc succeeds in including shipping in the scheme, according to the European Commission's first report on maritime CO2 emissions.

Pollution from ships plying international waters typically escapes countries' domestic emissions-cutting targets, but the EU's executive has said the sector must contribute to its trillion-euro push to achieve a "climate neutral" economy by 2050.

It wants to curb shipping's carbon footprint by adding it to the Europe-wide emissions trading system (ETS), which forces emitters to buy carbon permits when they pollute.

A Commission report said this would bring under carbon market regulations much of the emissions produced outside the European Economic Area (EEA), which includes the 27 EU states plus Norway, Iceland and Liechtenstein.

Of the 138 million tonnes of CO2 produced by shipping related to the EEA in 2018, roughly two-thirds were from voyages that started or ended outside the EEA, the report said.

These total emissions made up nearly 4% of total EU CO2 emissions, and are roughly equal to those of Belgium, it said.

The report covered emissions from 11,600 ships above a minimum size, representing 38% of the world's merchant fleet.

Decarbonizing the shipping sector will require seismic changes to the way ships are operated and fueled, such as enabling vessels to be powered by hydrogen or electricity.

The plan to add shipping to the ETS has support from most EU lawmakers, but industry groups say it would interfere with International Maritime Organization (IMO) efforts to develop global measures to regulate emissions.

The IMO wants to halve the sector's greenhouse gas output by 2050, compared with 2008 levels. If left unchecked, it says, global emissions from shipping could balloon by up to 250% by 2050.