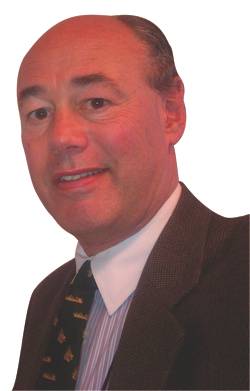 Many corporate strategy articles start by reminding readers that “the Chinese character for risk and opportunity are the same.” Unfortunately, capital providers – especially those layering in debt to shipping company balance sheets – do not see things that way.

Risk, in the financial context, always works back to the ability of an asset to service its obligations; first debt, and then equity. But shipping is considered more risky than other transport industries. The lethal cocktail of high capital intensity and long-lived assets in the face of overbuilt cyclical markets often leaves the industry with a hangover of the worst type. The recent trail of recapitalizations, restructurings, amendments and waivers bears witness to the pain induced by a sliding market. General Maritime, TBS, Trailer Bridge and Excel are among the few that come to mind in the current environment.

Debt providers are not the only ones who suffer. In the case of a reorganization under Chapter 11 of the U.S. Bankruptcy Code, now more common even where shipping occurs internationally, equity shareholders who have survived the shipping stocks roller-coaster will likely see their investments wiped out, or nearly so, as lenders and certain other creditors will be higher in the pecking order. Where companies do manage to stay alive amidst dwindling liquidity, fresh money raising- in the form of “follow-on” equity offerings (which sometimes take on a privacy cloak – like Torm’s recent deal with bankers), or Horizon Lines recent arrangement with Ship Finance Ltd, have the impact of diluting existing holdings. In other words, the same equity component of a balance sheet is spread over more shares.

Veteran stock analyst Jonathan Chappell, CFA, Managing Director at Evercore Partners, told MarPro, “Shipping is certainly more volatile than other transport modes. If investors equate volatility with ‘risk’, then there could be a perception that shipping stocks carry more risk.” He adds, “In other modes, like rail, you have a mix of strong counterparties like the big chemical companies and also smaller shippers. The same goes for shipping – it’s a mix of big and small, but a key difference is that renegotiations seem to happen more frequently in shipping because the rate cycles are far more extreme.”

At Standard & Poors, a leading credit rating agency, Philip Baggaley , analytic head of the Transportation, Aerospace and Defense rating team, and Funmi Afonja, transportation analyst , explained that S&P rates both companies and specific debt issues. Mr.Baggaley told MarPro, "We look at both overall business risk – things like the segment fundamentals, and company operating efficiencies, and also the financial risk." In describing the financial risk, Baggaley says that two important measures of cash flow are the EBITDA/interest expense ratio, and funds from operations/total debt; for both, a higher number is better. He added that in the case of an important balance sheet measure, Debt/EBITDA, a lower number is better.

In the Jones Act trades, a group of companies which were listed during the boom times – 2004 through 2006 – all came upon hard times. The range of solutions illustrates the nature of risk. The companies, all of which chose the Master Limited Partnership structure (restricted to the movements of oil and refined products for U.S. flag companies). In MLP’s, investors purchase partnership “units” rather than shares. When things go well, the issuer benefits from a lower capital cost (compared to equity) and investors enjoy certain tax benefits (with depreciation passed through) and healthy distributions that are akin to dividends.

Analyst Jon Chappell, from Evercore explains, “Although balance sheet strength is important to the dividend payment strategies, visibility and sustainability of cash flows are of equal importance.” Chappell, a railroad analyst prior to shipping’s wave of IPOs in the mid 2000’s, added, “A firm in a capital intensive industry that has very strong cash flow though long-term fixed rate contracts with strong counterparties could very easily follow a material dividend payout strategy.”

However, among U.S. fleets, distribution payments drained cash that otherwise would have been earmarked for maintaining or augmenting the existing fleets. A group of U.S. flag shipping MLP’s experienced severe crunches, following the deep recession that began in late 2008, as they struggled to pay for new vessels at a time of a market slump. One widely followed partnership – OSG Americas – was taken back in-house a little over two years after being partially spun out to investors as an independent company. With its U.S. flag capital program completed, it now operates as an OSG subsidiary.

Another maritime MLP, K-Sea Partners, was finally rescued by Kirby Corporation, (with S & P ratings in the  “investment grade” category), following a late 2010 equity infusion by private equity investor First Reserve and MLP fund manager Kayne Anderson. In the mid-2011 Kirby deal, holders of common units ultimately got $8.15/share, a fraction of the $23.50 original IPO price in 2004. Though K-Sea was not engaged in a big construction program, the dramatic drop-off in demand, meaning fewer barrels moving in coastwise or intra-harbor product trades, resulted in a cash sucking vortex. This solution hints at an antidote to risk – which is diversification. The lion’s share of Kirby’s business is on the inland waterways, tied to contracts with major charterers.

An important lesson from the U.S. flag sector, but applicable industry-wide, is that cash requirements for payments to financiers funding ship construction, combined with cash needed for requisite distributions to equity investors, can easily overwhelm cash inflows from ongoing operations in deteriorating markets. The MLP model, with distributions to limited partners, has been applied more successfully in foreign flag shipping by Teekay Corporation and Navios – where “parent” companies incubate deals, and then drop them down, fully hatched, into “daughter” companies – which benefit from charter cover without being burdened by construction costs.

In the view of S&P, "Jones Act" companies may present less risk than their foreign brethren. Funmi Afonja explained that the segment offers certain barriers to entry, and that, especially in the liquid bulk segment, multi-year contracts are in place with strong reputable counterparties from the oil and chemical sector. The result, she said, is that Jones Act companies, in a sector that is less fragmented than the international realm, may offer less volatility – certainly for tank vessels.

Her colleague, Philip Baggaley, adds, "A big part of risk is the sheer capital intensity of shipping; it's hard to cut back once you've made the investment. You'll keep operating as long as you cover marginal costs." He contrasted this with rail and truck modes- where assets are more discrete.

In some cases, all this risk does give way for opportunity, as seen in the recent travails of Trailerbridge, Inc., a Jones Act company which operates roll-on roll-off assets in the U.S. / Puerto Rico trades. All eyes are on the re-organized company, now controlled by an investor group led by Seacor - which has had a string of successes in revitalizing down-trodden shipping assets.

"Risk" means different things to different people. Shipping's legendary volatility has led to great fortunes during the boom years that ended in 2008. But the industry's hefty capital costs, which stay around long after the outsized hire bubble was deflated, have caused heartburn for providers of debt and equity, as the cycle turned downward.

About the Author: Barry Parker of bdp1 Consulting Ltd, provides strategic and tactical support, including analytics and communications, to businesses across the maritime spectrum. The company can be found online at www.conconnect.com