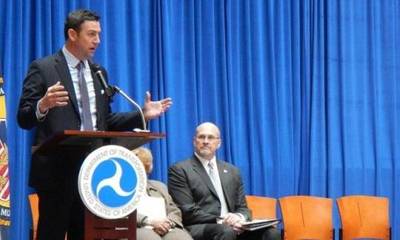 The U.S. government should ensure that international trade of U.S. natural gas, and potentially crude oil, will offer opportunities for the domestic shipping industry, maritime groups said on Wednesday.

Booming shale gas production has put the United States on track to become a major exporter of liquefied natural gas (LNG) in the next few years.

While it would take time for U.S. shipyards to scale up to produce to the vessels needed to transport LNG overseas, shipping industry groups encouraged lawmakers at a House transportation subcommittee hearing to pursue efforts to encourage the use of U.S. flagged vessels.

"The export of LNG offers an opportunity for the United States merchant marine to expand and to create significant new job opportunities for American mariners," said Don Marcus, president of the International Organization of Masters, Mates and Pilots.

Congressman John Garamendi, the top Democrat on the House maritime transportation subcommittee, and Duncan Hunter, the Republican chairman of the subcommittee, introduced a bill in July that would require the Transportation Department to develop a program to promote the use of U.S. flagged vessels for LNG exports.

The bill would also require the department to give priority to applications for deepwater port terminals that would use U.S. ships.

Marcus urged lawmakers to expand the bill to crude oil exports, if the decades old ban on such shipments is lifted.

At the subcommittee hearing, Garamendi stressed that countries set to purchase U.S. LNG, such as India, have requirements that a certain number of the ships used to transport the LNG must come from their domestic fleet.

No action is expected on the LNG shipping bill this year, Hunter told Reuters after the hearing. He said he hopes to continue to push for passage of the bill next year, but the industry needs to work to make these issues more prominent.

At the start of the hearing, Hunter noted the low attendance by lawmakers at the meeting compared with hearings on aviation or trucking.

"We have to build support," Hunter said. "I think the industry has to do a better job of talking to Congress."

The hearing also touched on the nearly century old Jones Act, which requires that ships moving between U.S. ports are U.S.-built, U.S.- flagged and U.S.-crewed.

Garamendi urged the groups at the hearing to inform the committee of any waivers to the Jones Act that may be unwarranted so that lawmakers can take action to attempt to overturn them.