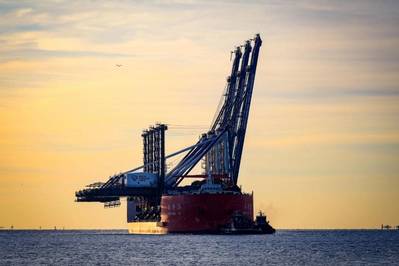 The cranes will remain at Columbus Street Terminal in downtown Charleston for several days before being transported to Wando Welch Terminal, where they will be assembled and commissioned behind the wharf, and then moved to begin working ships at the terminal in early 2020. 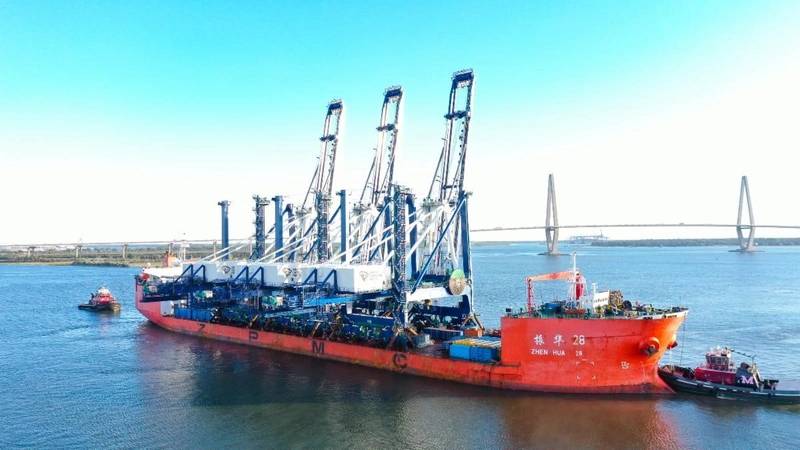 “S.C. Ports Authority is excited to add three more ship-to-shore cranes with 155 feet of lift height to S.C. Ports, which will increase our berth productivity,” SCPA President and CEO Jim Newsome said. “Our investments in crane infrastructure equip us to handle the bigger container ships being deployed by ocean carriers today.”

S.C. Ports will receive four additional cranes with 155 feet of lift height in 2020 for a total of 15 such cranes operating at Wando Welch Terminal by the end of 2020. These taller cranes will enable S.C. Ports to continue working the largest ships already calling the Port of Charleston and the U.S. East Coast.

“These modern cranes are incredibly tall and have a wider reach, enabling crane operators to seamlessly move containers back and forth on 14,000-TEU-and-above vessels,” SCPA COO Barbara Melvin said. “Bigger cranes are part of our strategy to ensure we run efficient operations and remain competitive in the era of big ships.”