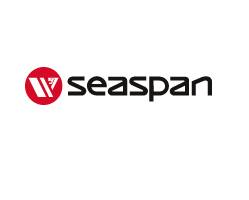 Seaspan Marine Corporation is pleased to announce that it has been ranked 8th among the top 50 defence companies in Canada for 2011 by Canadian Defence Review (CDR) magazine.

Each year, CDR commissions an expansive search to determine the top defence companies in Canada. An evaluation panel consisting of CDR editorial staff and independent advisors rank the companies based on factors such as economic impact, innovation, contribution to the nation’s security and support of Canada’s military. Other top 10 ranked companies this year include L-3 Communications, General Dynamics Canada, Raytheon Canada Limited, and The Boeing Company.

“We are very pleased to be selected within the top 10 by CDR this year,” said Jonathan Whitworth, Seaspan CEO. “Not only is this a significant achievement, but it also represents one of the largest positive moves in this year’s ranking.  Seaspan’s ranking improved from 23rd position in 2010 to 8th in 2011. This result signals to British Columbia and the rest of Canada the economic impact and the growing importance of Seaspan’s service to the defence industry.”

Jonathan also added that he was especially pleased to see that Seaspan’s skilled employees were recognized for their hard work and dedication in successfully delivering projects for the Government of Canada over the last few years.

“This is outstanding news and the timing couldn’t be better,” said Jonathan. “We hope this ranking will serve to strengthen our reputation as a top quality, professional contractor to the Canadian Navy. We are proud of our strong record in providing world-class shipbuilding and repair services to our customer, the Government of Canada, and hope to continue that strategic partnership well into the future.”