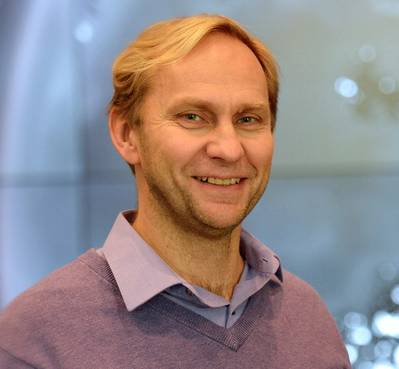 Photo of Rune Mode Ramberg. By Harald Pettersen, from Equinor

There are not many of the leading edge subsea processing projects Rune Mode Ramberg has not been involved in at some level. The list includes Tyrihans subsea pumping, Tordis subsea separation, studies on the Ormen Lange subsea compression project, Jack St. Malo boosting, Åsgard subsea compression, Troll Phase 3 and now the subsea scope on the Northern Lights carbon capture and storage (CCS) project. In terms of subsea technology, there’s not much in this space that doesn’t come across his desk.

But despite the advances he’s seen in subsea processing, he says more needs to be done to help the industry—as a whole—learn about what has been achieved and what the possibilities are in this space.

“What’s needed is to spread the knowledge that we have a lot of operating hours and experience,” he says. “There are still people in oil companies that are making decisions, thinking that subsea pumping is immature.” The experience and learnings to date will also help drive costs down. For example, while Åsgard subsea compression cost a lot, so much more is now known and understood that future projects can—and will—be much simpler and cheaper, he says.

Ramberg studied at the Norwegian University of Science and Technology (NTNU), in Trondheim. His interest then was in rotary dynamics. He worked on areas that were not mainstream at the time, such as the dynamic behaviour of multiphase pumps, and went on to do a PhD on multiphase pumps, supported by a scholarship from Statoil (now Equinor).

In 1997, he started work at Statoil, on rotating equipment. After working on the Norne FPSO commissioning and start-up, focusing on the turbines and compressors, he was soon back on multiphase pumping, initially topsides, on Gullfaks, but then also qualifying subsea pumps for Tyrhans and then as Statoil’s man on Shell’s Ormen Lange subsea compression project.

Ramberg then had a secondment at Chevron, working in Houston on subsea pumping on the Jack St. Malo development. He stayed on in Houston as technology manager for Statoil, working on the Paleogene in the U.S. Gulf of Mexico, before moving back to Norway, as Statoil’s chief engineer, subsea, in time to see through Åsgard.

It’s also time to start simplifying some of the systems that have been introduced. “We can see now that multiphase pumping is mature, there’s a lot of experience gained, we know the stuff now,” he says. “Now it’s about simplification.”

For Åsgard, for example, the system was qualified, but Statoil still invested in spares. There was a business case, at the time. “But costs can now come down dramatically, because we know so much more,” he says. Furthermore, Åsgard has a big cooler and a big separator. “I’m not sure we need those on the next project,” he says. “That’s huge simplification. There’re a lot of things to learn.”

On future projects, power distribution could also be simplified. “On Åsgard, there are four power cables, one for each pump. In deep water, you would want one big cable and then distribute the power on the seafloor. That will come,” says Ramberg. “I really believe in the electrification of the seafloor in the bigger picture of digitalization.”

“All-electric is an excellent example of what Equinor Statoil is trying to do to go further,” Ramberg adds, “reducing our carbon footprint, improving safety, getting electric signals in to the well and being able to have an IP address on the valve offers a huge difference in accuracy. We can then hold back water down there with inflow valves. If you don’t produce water, you don’t need pipelines for producing the water. There’s a huge set of consequences. It’s not tomorrow, but it’s not far away,” he says.