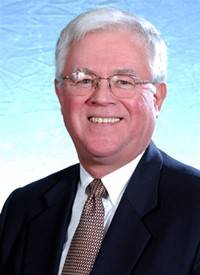 Richard Dodge, Commissioner of California's Port of Redwood City, announced he will be retiring at the end of July, after 42 years of port service. Dodge was originally appointed to the Board of Port Commissioners in 1980. His service is one of the longest port commissioner tenures in the United States.

“I am grateful for the opportunity to serve the Port of Redwood City over the past 42 years in various Port Commissioner roles,” Dodge said. “It has been incredible to watch the Port evolve and position itself as a leader serving the Silicon Valley and beyond. Thank you to port staff and fellow commissioners for your service to our community. I am honored to have served alongside you.”

Port Executive Director Kristine A. Zortman said, “Commissioner Dodge played a vital part in shaping the port’s 2020 Strategic Vision and values. He has supported the Port throughout challenges during his 42 years of service and most recently helped guide the port through the pandemic. The City of Redwood City and the port are thankful for his service and congratulate him on retirement.”

Dodge’s involvement in the maritime community demonstrates his commitment to the industry. As a multi-term past president and current Regional Coordinator of the Association of Pacific Ports, he is recognized as an international maritime leader.

The Port will honor Dodge in a Port proclamation later this year. Beginning Aug. 1, 2022, the port will welcome two new Port Commissioners.