Port of East London to Expand its Petroleum Footprint 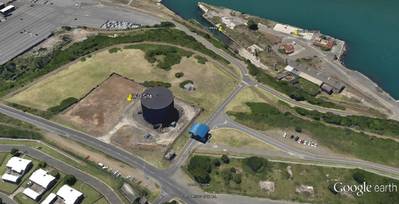 More than 100 attendees representing 97 companies have shown keen interest in the Port of East London’s plans to recommission an existing tank in the port for handling of liquid bulk and to introduce a liquid bulk terminal through a 25-year port concession awarded to a private, empowered entity.

The companies attended a compulsory briefing on May 9, 2018 held by Transnet National Ports Authority (TNPA).  TNPA recently advertised a request for proposals (RFP) – reference number TNPA 2017/01/013/CM – with the intention to appoint a terminal operator to finance, re-commission, operate and maintain the HFO tank, and to finance, design, develop, construct, operate, maintain and then transfer to the TNPA the liquid bulk terminal for the handling of liquid bulk cargo after a period of 25 years.

Speaking at the briefing East London Port Manager, Sharon Sijako, said, “Today we start the process of opening up one of the most important sectors in our port, the petroleum industry. This is not just the start of a process of welcoming new players into the market.  It is the start of a long-term relationship in which we will nurture and grow our new partners, making sure they have all the tools and support they need to not only operate in this sector, but to excel.”

The RFP is targeted at a new entrant or consortium which must have a minimum of Level 4 BBBEE status, is at least 51 percent South African Black Owned, at least 51 percent new port entrant owned and at most 49% owned by cargo interest. Interested parties had until Friday, 11 May at 15h00 to obtain the RFP documents and the RFP deadline is 10h00 (CAT) on Thursday, 1 November 2018.

The operator will be procured through a Section 56 market approach, which sees TNPA – as landlord and ports master planner mandated by Section 56 of the National Ports Act – entering into contracts with private terminal operators to design, construct, rehabilitate, develop, finance, maintain, operate and transfer port terminals or facilities back to the Authority. In terms of S56(5), an agreement may only be entered into by the Authority in accordance with “a procedure that is fair, equitable, transparent, competitive and cost-effective”.

The existing tank on the port’s West Bank proposed for HFO operations was commissioned in 1977 and has a working capacity of 7.6 million litres. It is envisaged that the liquid bulk terminal will be developed from its existing 8 000m2 footprint to 21 000 m2 and that the operator would use the port’s existing tanker berth.

The national demand forecast for petrol, diesel and jet fuel is expected to grow from 29.9 billion litres to 83 billion litres for the period 2015 to 2044. The demand includes South Africa, Botswana, Lesotho, Namibia, Swaziland and exports to markets in Southern Africa hence TNPA is creating capacity ahead of demand.

•Off-Shore supply Base in Saldanha for the Oil and Gas Industry awarded to Saldehco (Pty) Ltd, a Level 4 BBBEE Company.