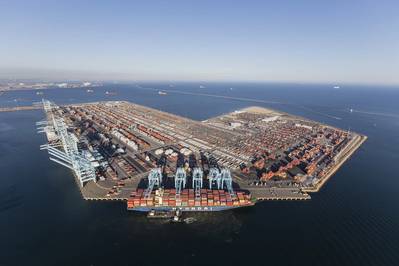 The coronavirus pandemic and ongoing U.S.-China trade tensions threaten the peak holiday shipping season for the Port of Los Angeles, which just suffered its slowest May in more than a decade, Executive Director Gene Seroka said on Wednesday.

The busiest U.S. port and the No. 1 U.S. gateway for ocean trade with China logged its slowest May since the "Great Recession" of 2009.

"We believe the effects of these two items will last throughout the balance of 2020," Seroka said.

"Our traditional peak season is in jeopardy," Seroka said, referring to the holiday shipping spike that runs from August through October.

Retailers in the United States traditionally start placing orders for holiday goods in June. This year they are grappling with major uncertainties, including increasing coronavirus infections and widespread civil rights protests.

Some economists are forecasting a bounceback in consumer spending in the first quarter of 2021, which would signal an uptick in ocean cargo at the end of 2020, Seroka said.

Meanwhile, cargo ship operators like Maersk, MSC, and Hapag-Lloyd have canceled voyages to cut costs and adjust to the sharp reduction in demand.

As stores begin to open, space on some ships is becoming tighter.