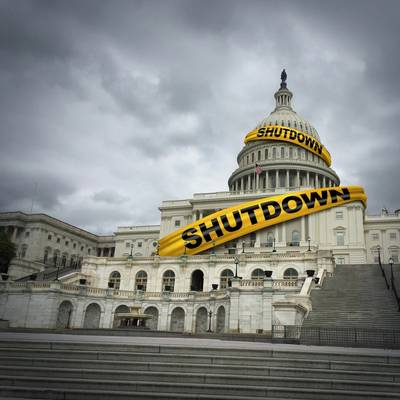 Enterprise plans to file a 10,000-page permit application with the U.S. Maritime Administration and the U.S. Coast Guard as soon as the U.S. government reopens. It takes about a year for regulators to process an application for a deep-water terminal.

"Tell me when the government opens and I'll tell you when it happens," Brent Secrest, Enterprise senior vice president, said on the sidelines of the Argus Americas Crude Summit in Houston.

The company's SPOT Deepwater Terminal, located 40 miles off the Houston shoreline, would export 85,000 barrels per hour, equivalent to fully loading one supertanker per day.

The United States began exporting crude overseas in early 2016 after Congress lifted a four-decade ban, and U.S. terminal operators have made plans to build Gulf Coast terminals that could more than double the nation's exports over the next few years as U.S. crude output tops Saudi Arabia and Russia at almost 12 million barrels per day.

Enterprise expects to begin loading supertankers from the terminal in January 2022. It believes the port's location in Houston gives it an advantage with access to 8 million barrels per day of crude supplies and 300 million barrels of storage capacity, Secrest said.

"Houston is a massive sponge," he said.

Enterprise plans to build additional storage tanks for its offshore project along the Houston shoreline, but has not disclosed its expected storage capacity. Secrest declined to disclose the figure. (Reporting by Collin Eaton Editing by Leslie Adler)