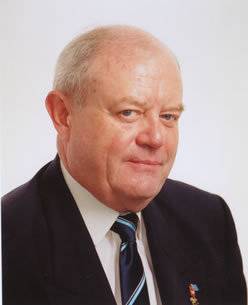 Wesley D. Wheeler passed away on April 18 in Stamford, Connecticut. He was 80 years old. He was laid to rest in Cyprus Hills Cemetery in Brooklyn, N.Y.

Wheeler was an active member of the marine community for 60 years. He lived and worked in many countries and for some of the largest naval architects, consultants and shipbuilding companies in the world including JJ. Henry & Co., J. J. McMullen Associates, H.M. Tiedemann & Co, American Bulk Carriers, Sparkman & Stephens Inc., Astilleros Espanoles and M. Rosenblatt & Son. He founded his own firm, Wheeler Associates Ltd. and is a direct descendant of the Wheeler Shipbuilding Company and the Wheeler Yacht Company. He was an active member of SNAME, CMA, RINC and many other professional organizations. He was a director and active member of his church and a native New Yorker.