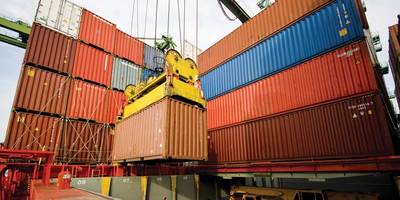 Qatar Navigation (Milaha) , a top Doha-based shipping and logistics group, said on Wednesday it had launched a new container service to Kuwait amid a diplomatic crisis that has seen it lose access to regional trans-shipment hub, Dubai.
Milaha will operate the weekly, direct service between Kuwait and Qatar using a vessel capable of handling the equivalent of 515 20-foot containers, the company said in a statement.
Milaha said the service between Qatar's Hamad Port and Shuwaikh Port in Kuwait would have a transit time of one day and be ideal for transporting perishable products and food.
It is the second such recent announcement by Milaha suggesting Qatar is making long-term preparations to cope with sanctions imposed by Saudi Arabia, the United Arab Emirates, Bahrain and Egypt, which cut diplomatic and transport ties on June 5, accusing Doha of backing terrorism.
The sanctions closed Saudi Arabia's land border with Qatar and also ended direct shipping links between Doha and Dubai's Jebel Ali port, the region's main trans-shipment centre.
Qatar's imports shrank by more than a third in June and some of its exports, excluding shipments of liquefied natural gas (LNG), were delayed.
Milaha said on Aug. 7 it was shifting its regional trans-shipment hub from Dubai to the Omani port of Sohar.
(Reporting by Alexander Cornwell)
• liquefied natural gas • perishable products • Qatar Navigation