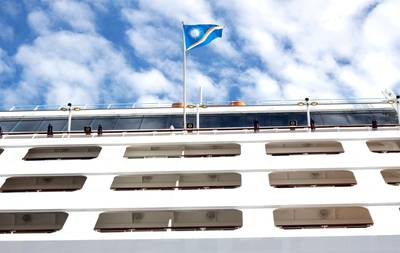 International Registries, Inc. and its affiliates (IRI), which provide administrative and technical support to the Republic of the Marshall Islands (RMI) Maritime and Corporate Registries, announced the promotion of Simon Bonnett and Theo Xenakoudis.

Bonnett, who has served as Senior Vice President, Technical since 2018 was promoted to Chief Maritime Officer, and Xenakoudis, the organization’s Director, Worldwide Business Operations since 2015 and Managing Director of the Piraeus office since 2007, now serves as Chief Commercial Officer.

Bonnett and Xenakoudis will manage and expand upon the responsibilities of the current Chief Operations Officer, John Ramage, who will retire at the end of June 2022 following a 51-year career in the maritime industry.

As the London based Chief Maritime Officer, Bonnett will be responsible for the oversight of the Maritime Services Group, which supports the RMI Registry’s fleet of more than 5,200 vessels. With his extensive technical experience as a former Lloyd’s Register surveyor, and more than 12 years with IRI, Bonnett brings the experience, knowledge, and capability needed to oversee the Maritime Services Group as it navigates and advises on new and advanced technologies.

Based in Piraeus, Greece, Xenakoudis joined IRI in 2001 as Business Development Manager, became Managing Director of the Piraeus office in 2007, and in 2015 was promoted to Director, Worldwide Business Operations. As Chief Commercial Officer he will continue to support owners and operators globally and focus on the Registry’s growth worldwide, with a continued eye toward emerging markets such as the global renewables market. He will also be heading up the global vessel registration teams.