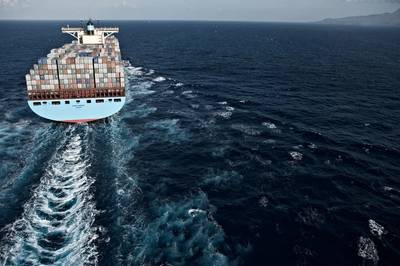 Maersk Oil Trading has leased oil storage space in Singapore, signalling a push by one of the world's biggest ship fuel buyers into the Asian bunkering hub ahead of changes to global fuel standards from 2020, trade sources said.

The firm has leased 120,000 cubic meters of space for fuel oil for six months, said three trade sources with direct knowledge of the matter. The sources declined to be identified as they are not authorized to speak to the media.

Maersk Oil is a major ship fuel supplier globally but has not had its own storage tanks in Singapore for the supply of marine fuels to its customers, which include A.P. Moller-Maersk, the world's biggest container line.

The move comes ahead of the 2020 introduction of new rules on marine fuels that will limit the sulphur content to 0.5 percent, from 3.5 percent currently, to curb pollution.

The joint initiative will meet about 20 percent of Maersk's global demand for IMO 2020 compliant fuels "and we are looking into more bunkering facilities like this," Niels-Henrik Lindegaard, head of Maersk Oil Trading, told Reuters last month.

The Singapore storage lease comes at a time of a steeply backwardated market structure, which has led several suppliers not to renew their fuel oil storage contracts in Singapore this year, the sources said.

Storing oil products is difficult in a backwardated market since prompt prices are higher than forward prices, making it difficult for traders to recover the costs of storage.

The Singapore Strait is one of the world's busiest shipping superhighways, allowing Singapore to position itself as the world's largest bunkering hub with more than 40,000 ships calling at the city-state for refueling each year.