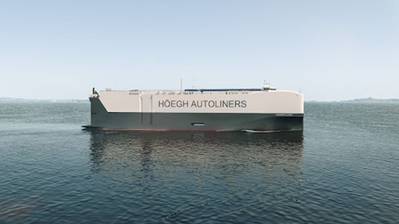 The order has a value of more than $15 million, with the first two vessels scheduled for delivery during the second half of 2024 and the next two in the first half of 2025. Höegh Autoliners also has options for a further four plus four vessels.

Designed by the China Merchants Industries owned ship designer, Deltamarin, the Aurora class  can transport up to 9,100 cars and will be the world’s largest and most sustainable car carriers. The class will have DNV’s ammonia and methanol ready notation.

MacGregor’s scope of supply encompasses design, supply and installation support for a large stern quarter ramp and door, side ramp and door, and liftable car decks.