By Roberto Samora and Marcelo Teixeira May 26, 2020 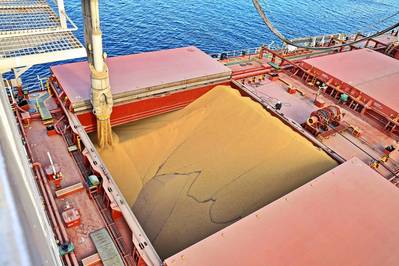 Soybean loading operations were set to resume late on Tuesday at a berth at Brazil's Paranaguá port after a ship was ordered into quarantine following a positive COVID-19 test on a crew member, authorities said.

Loading at the berth was halted after the positive test, the Williams shipping agency said, adding that it was the first confirmed case of the disease at the port since the coronavirus outbreak began.

All other berths at the port continued to operate as normal.

Brazil's health surveillance agency ANVISA later authorized the ship to leave berth 214 after all other crew members were tested, the port said in a statement.

The vessel was ordered to anchor in a quarantine area and remain there until further notice, it said.

Brazil is the top supplier of soybeans to China, the world's biggest buyer of the beans.