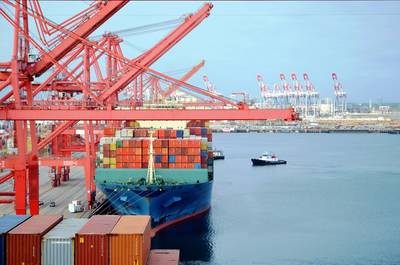 The U.S. Federal Maritime Commission has issued new guidance about how it will assess the reasonableness of detention and demurrage regulations and practices of ocean carriers and marine terminal operators (MTOs) under 46 U.S.C. 41102(c).

The final rule, “Docket No. 19-05, Interpretive Rule on Demurrage and Detention under the Shipping Act”, will become effective upon its publication in the Federal Register.

Under the new interpretive rule, the Commission will consider the extent to which detention and demurrage charges and policies serve their primary purpose of incentivizing the movement of cargo and promoting freight fluidity. The rule also provides guidance on how the Commission may apply that principle in the context of cargo availability (and notice thereof) and empty container return.

The Commission may also consider in assessing the reasonableness of detention and demurrage practices factors related to:

•    Content and clarity of carrier and MTO policies addressing detention and demurrage.

•    Clarity of carrier and MTO detention and demurrage terminology.

The final rule adds two provisions that were not included in the proposed rule published in September 2019. The first clarifies that the guidance in the rule is applicable in the context of government inspections. The second clarifies that the rule does not preclude the Commission from considering additional factors, arguments, and evidence outside those specifically listed.

This final interpretive rule is the culmination of a process initiated by a petition (Petition P4-16) submitted to the Commission in December 2016 by a coalition of shipper groups. In the intervening period, the FMC held public hearings in January 2018; initiated a Fact Finding Investigation in March 2018 led by Commissioner Rebecca Dye (Fact Finding 28); and issued a proposed rule in September 2019.

Chairman Michael A. Khouri said, "For many years, American importers and exporters, together with critical transport service providers, such as ocean transportation intermediaries and truck operators, have been frustrated by certain business practices employed by container vessel common carriers and marine terminal operators. Ultimately, an industry coalition filed a petition with the Commission requesting a rulemaking.

"This guidance for industry stakeholders will hopefully result in revised and reformed business practice that, in turn, will lead to improved freight fluidity.

"As the Commission moves forward in this area, future actions may include Notices of Inquiry (NOIs) into various focused fact scenarios. These NOIs will be designed to bring public awareness to problematic business practices and provide further clarity to potential applications of the Interpretive Rule. Several such business practices are discussed in the Interpretive Rule's Supplementary Information."

Daniel B. Maffei, a Commissioner with the U.S. Federal Maritime Commission, said,  "I applaud the Commission’s action in developing this rule. The Commission’s unanimous approval of this rule is a huge step forward, and I believe it will motivate parties to act reasonably and facilitate dispute resolution within the industry.

"Keeping the supply chain operating fairly and efficiently is a matter of utmost importance.  This rule has resulted in guidance that will surely make a positive difference in the industry. It will help restore a sense of fairness for shippers and intermediaries, and make sure the incentive structure properly works for all stakeholders."